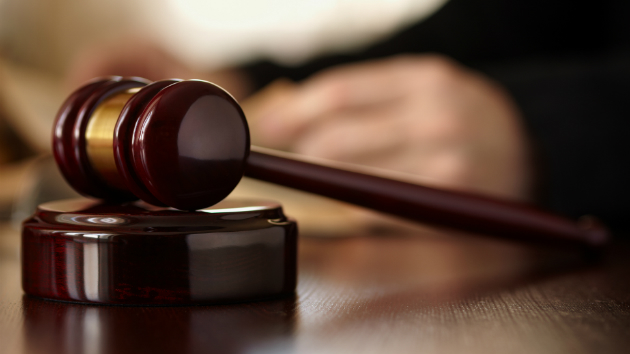 iStock/Thinkstock(PITTSBURGH) — The man accused of massacring 11 Jews at a Pittsburgh synagogue entered a not guilty plea Thursday as three of his alleged victims were laid to rest.
Suspect Robert Bowers, 46, showed no emotion during his Thursday morning court appearance, only raising his voice to answer with an emphatic “yes!” to the question of if he understood the charges.
He was charged Wednesday in a 44-count indictment that includes federal hate crimes. The charges include 11 counts of obstruction of free exercise of religious beliefs resulting in death and 11 counts of use and discharge of a firearm to commit murder during and in relation to a crime of violence.
Bowers had "made statements indicating his desire to 'kill Jews'" during the rampage at the Tree of Life on Saturday, Department of Justice prosecutors contend in the indictment.
On Thursday public defender Michael Navarra entered a not guilty plea for Bowers and requested a trial, though no trial date has been set.
Bowers, in handcuffs and a waist chain, showed no emotion when the mention was made of a possible death penalty.
Meanwhile, grieving family and friends are continuing to gather at ongoing funerals for the slain worshippers.
Richard Gottfried, 65, as well as married couple Sylvan Simon, 86, and Bernice Simon, 84, will be laid to rest Thursday.
Gottfried, a dentist, had reconnected with his faith following his father's death and at one point became the president of the 70-member congregation in Pittsburgh, the Pittsburgh Post-Gazette reported.
He is survived by his wife, Margaret A. "Peg" Durachko, who is also a dentist.
The couple had worked together at the Squirrel Hill Medical Center’s dental clinic, where they treated refugees and immigrants, many of whom had never been to a dentist, the newspaper reported.
"Do not let his death be in vain," his wife said, according to the Pittsburgh Post-Gazette. "Drive out evil from your own life and help another to drive it out of their life. The only way to combat evil is with love."
Sylvan Simon and his wife, Bernice Simon, were killed in the same synagogue where they married in December 1956, The Tribune-Review reported.
"A loving couple, and they’ve been together forever," longtime friend Michael Stepaniak told the newspaper. "I hope they didn’t suffer much, and I miss them terribly."
"They held hands and they always smiled, and he would open the door for her," neighbor Heather Graham told the newspaper. "They were really generous and nice to everybody."
The couple's front door has three stickers, according to The Tribune-Review: "Support Our Troops," "God Bless America" and "America the Beautiful."
Copyright © 2018, ABC Radio. All rights reserved.