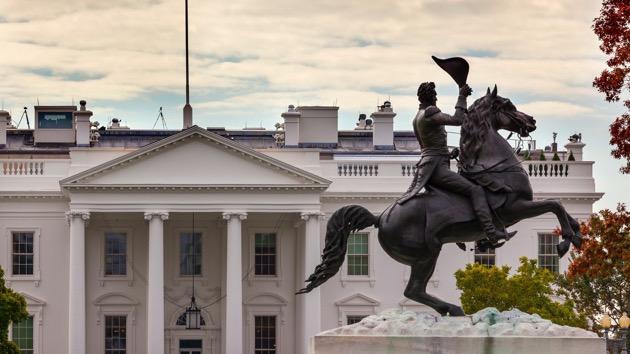 iStock/Thinkstock(WASHINGTON) — President Donald Trump on Thursday will highlight immigration as a "crisis" facing the nation, making remarks from the Roosevelt Room of the White House before he travels to Columbia, Missouri, for another campaign rally, the second of 11 he plans in a last-minute blitz before Election Day on Tuesday.
At the White House, Trump will speak about “the illegal immigration crisis and give an update on border security," according to White House press secretary Sarah Huckabee Sanders.
The president’s remarks come as he has called for restricting asylum requests, ending birthright citizenship and sending thousands of additional troops to border as a caravan of migrants makes its way toward the United States from Central America.
The president has made immigration the centerpiece of his closing argument ahead of Tuesday’s midterm election.
“Republicans want strong borders, no crime, no chaos, and no caravans. Democrats want open borders, and they want to invite caravan after caravan into our country, which brings crime upon crime,” Trump said at a campaign rally in Fort Myers, Florida, on Tuesday.
After denying that his heated rhetoric over immigration is fear mongering before voters head to the polls to ABC News’ Mary Bruce, the president tweeted a controversial and racially-charged video produced by the White House depicting some illegal immigrants as murderers.
In addition to increasing the presence of U.S. Army National Guard troops on the border, the president has called for ending birthright citizenship. Trump claims birthright citizenship is not enshrined in the 14th Amendment of the Constitution, but many legal scholars and Republican lawmakers — including House Speaker Paul Ryan — disagree.
The president lashed out at Ryan over voicing his criticism of ending birthright citizenship.
“The Democrats want to continue giving automatic birthright citizenship to every child born to an illegal alien,” Trump said. Even if they've been on our soil for only a matter of seconds, hundreds of thousands of illegal immigrant children are made automatic citizens every year because of this crazy policy, and they are made instantly eligible for every privilege and benefit of American citizenship at a cost of billions of dollars a year.”
Copyright © 2018, ABC Radio. All rights reserved.