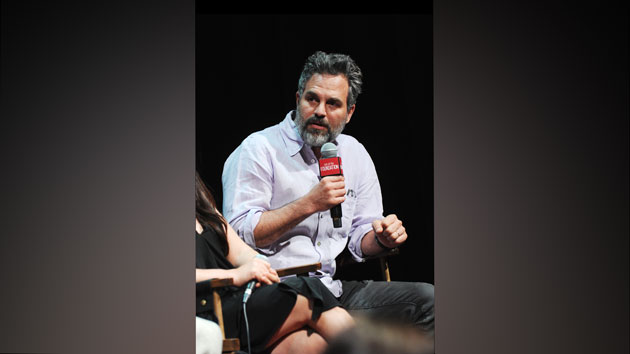 Desiree Navarro/Getty Images(NEW YORK) — After a court ruling upholding North Dakota’s strict voter ID law, Native American tribes are rushing to spread the word to voters who may be affected, and getting a little bit of help from Hollywood along the way.
Actor Mark Ruffalo and singer/songwriter Billy Ray Cyrus traveled to the Standing Rock and Turtle Mountain reservations in North Dakota last weekend to encourage Native Americans to vote.
In an interview on ABC News Live’s “The Briefing Room,” Ruffalo said that the imposition of a major hurdle for people to vote has actually galvanized Native American residents.
“People are really jazzed and want to be heard and want their votes to count,” Ruffalo said. “I think what we saw at [Standing Rock] was a swell of native pride and they want to continue their part in this democracy where they’ve been left behind so many times."
Cyrus said he was moved by what he saw in North Dakota — a testament to the efforts of Native Americans to rally around democracy at a time when it may be “under assault.”
“What I saw in North Dakota was a beautiful harnessing of power, integrity, brilliance, their spirit. … You could tell, OK, it’s time that we take action, we take the ball keeping democracy alive,” Cyrus said. “It’s the one thing that every side agrees on — Democrats, Republicans, independents — everyone agrees democracy is somewhat under assault. Isn’t it a beautiful irony that the Native Americans, the indigenous people, would help save our democracy? That’s powerful.”
The push comes as Native Americans are most likely to be impacted by the state’s requirement of a residential street address to vote. On reservations, many residents do not have street addresses as there aren't many street signs. Many of them use post office box addresses, which the state will not accept under its new voter ID law, which was upheld by court decisions in recent weeks.
At least 1,000 voters in North Dakota have been issued new, updated IDs since the voter ID ruling, according to estimates that ABC News obtained from three tribes. The tribes have been printing and developing IDs for their citizens, issuing them free of charge at a significant cost to tribal governments.
Native Americans have also continued to fight the law in court. The Spirit Lake Tribe sued the state of North Dakota earlier this week to seek an emergency court motion that will waive the requirement for Native Americans to show a residential street address to vote.
The battle over Native American voting rights in North Dakota may ultimately have broader political implications nationwide. Senator Heidi Heitkamp, who is currently locked in a tight election battle with Republican Kevin Cramer, won her first election by fewer than 3,000 votes, in part due to overwhelming support from the state’s Native American voters.