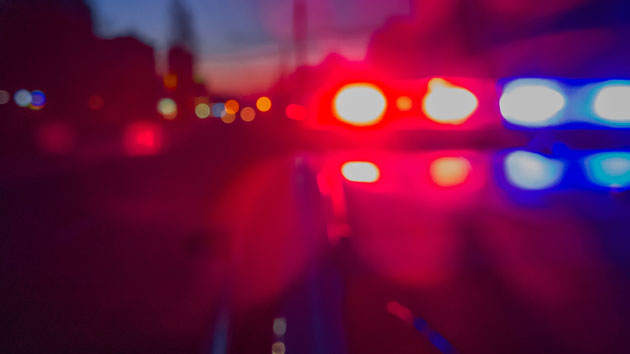 iStock/Thinkstock(LAS CRUCES, N.M.) — A dog named Charlie shot a man named "Tex" on the way to a jackrabbit hunt in the New Mexico desert.
“It went through my ribs my lung and busted up my collarbone on the right side," victim Sonny "Tex" Gilligan told ABC News. "I had a gaping hole, you know, and a lot of blood there too,” Gilligan said. “I could see the blood and I felt it,” he said.
Gilligan, 74, was left with three broken ribs, and injured lung, a broken collarbone and three very agitated dogs — Charlie chief among them.
Gilligan said that he had loaded up his pickup truck with his gun and his trio of dogs — Charlie, Scooter and Cowboy — climbed into the driver's seat, and headed out to the desert west of Las Cruces to hunt jackrabbits.
Charlie, a 120-pound Rottweiler mix, got his foot in the trigger of the gun, caught the trigger and blasted a shot at his unsuspecting owner, who said that at first he thought he'd been hit by a sniper from a distance.
“I thought who was that?" Gilligan told ABC News.
"I was there, isolated, nobody was around."
Gilligan said he normally doesn't bring his cell phone along when he's hunting, but due to recent heavy rains, he decided to bring it in case he needed to call his kid if he got stuck in the rain.
He rolled out of the truck and called 911.
He said usually he doesn’t bring his phone along, but because there has been a lot of rain lately,
Law enforcement officers from the Doña Ana County Sheriff's office, the New Mexico State Police and U.S. Customs and Border Protection responded to the scene and found Gilligan lying next to his truck with a gunshot wound to the chest.
The investigation to date appears to suggest that Charlie, who was riding at the front seat of his truck, slipped and got his claw caught on the trigger of the shotgun.
“The gun was positioned in the truck with the barrel facing up, towards Mr. Gilligan,” Doña Ana County Sheriff's spokeswoman Kelly Jameson told ABC News.
“Apparently Mr. Gilligan … had placed his gun in the floorboard of the truck with the butt of the gun on the floorboard,” Jameson said.
Gilligan first told the dispatch that he accidentally shot himself.
“The investigation is being handled as an accidental shooting,” Jameson told ABC News.
Gilligan was taken to an area hospital, where doctors determined it would be best to leave the bullet inside him, for fear of damaging his pierced lung. He has since been released, and now is recovering at home.
“The incident left him with three broken ribs, a punctured lung and a broken scapula,” Jameson said.
In the end, Gilligan maintained a healthy sense of humor about his colorful ordeal.
“I never thought that this would happen," Gilligan told ABC News, laughing.
"It’s an interesting story: ‘a dog shot a man!’”
Gilligan said he has long since forgiven Charlie.
“[Charlie] did not mean to do it,” he said. "He's a good dog."
Copyright © 2018, ABC Radio. All rights reserved.