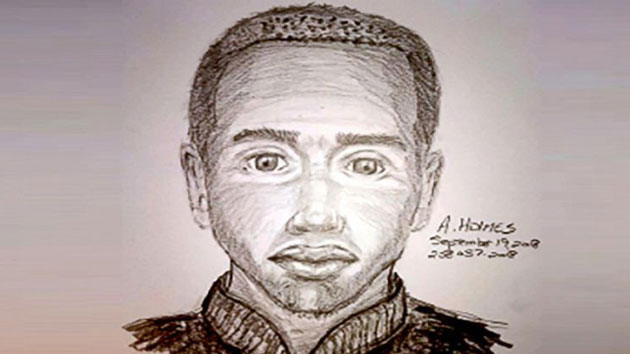 Dallas Police Department(DALLAS) — Authorities in Dallas, Texas are on the lookout for an armed suspect that may be linked to three separate aggravated sexual assaults. The assaults occurred at three different North Dallas apartment complexes, all within eight and a half miles of each other.
The latest victim was inside her apartment when the suspect knocked on her door and solicited work, before pushing his way into the apartment and sexually assaulted her, Dallas Deputy Police Chief Thomas Castro said at a Thursday press conference.
The first assault occurred on Sept. 12 and the second one on Sept. 29 — within a mile of each other — officials said.
The most recent assault unfolded about eight miles from the other two.
In each attack, the suspect gained access to his victim's apartment by knocking and soliciting work or asking for a donation — and then forcing himself inside once the door was answered, brandishing a weapon, Castro said.
In the incident in which the suspect allegedly solicited a donation, he accepted the donation before assaulting his victim, according to Castro.
Castro said that "in a couple of [the] offenses," children were present in the home during the attack, but declined to provide further detail beyond saying no children were harmed and the victims were the only adults in the residence at the time of the assault.
"When somebody knocks on your door before you open the door, make sure you know who is out there, and what they want," Castro said.
Dallas Police are asking for the public’s help in identifying the suspect, who was described as a black male, 16 to 18-years-old, approximately 5'8" and a 140 pounds with a box fade haircut and a mark on his wrist.
He was last seen wearing black pants, a black T-shirt with a red and white design on the front, a black jacket and black and red athletic shoes, Castro said.
Anyone with information about the suspect is asked to contact Detective Todd Haecker at 214-671-3610 or Detective Brandi Kramer at 214-671-3613.
Copyright © 2018, ABC Radio. All rights reserved.