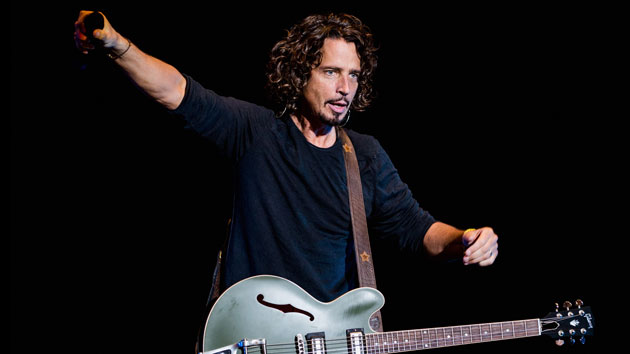 Buda Mendes/Getty Images(NEW YORK) — Chris Cornell's widow is suing the late Soundgarden frontman's doctor for malpractice.
Vicky Cornell alleges in a lawsuit that Dr. Robert Koblin prescribed her husband copious amounts of the anti-anxiety drug lorazepam — sold under the brand name Ativan — despite knowing that he was an "addiction-prone individual."
Koblin is also accused in the lawsuit of failing to warn Cornell about the side effects of continued use of the drug, side effects that can include thoughts of suicide.
Additionally, Koblin allegedly allowed non-physician staff to order hundreds of doses of lorazepam prescriptions for Cornell without "any medical indication, ongoing or patient evaluation," the lawsuit alleged.
Cornell was found dead in the early hours of May 18, 2017, after playing a Soundgarden show in Detroit the previous night.
His death was ruled a suicide. A toxicology report found that he had several drugs in his system, including Ativan, but ruled that they "did not contribute to the cause of death."
Vicky Cornell has maintained that, due to a relapse, her husband was in an altered state of mind at the time of his death.
The lawsuit is seeking unspecified damages for Vicky Cornell and their two children, Toni and Christopher. Chris Cornell also had another daughter, Lilly, from a previous marriage.
An attorney representing Dr. Koblin released a statement that said the medications prescribed by the doctor were "appropriate in both frequency and dosage."
"Dr. Koblin is a competent and conscientious doctor who enjoyed an excellent physician/patient relationship with Mr. Cornell and other members of his family," according to the statement. "The medications he prescribed for Mr. Cornell were appropriate in both frequency and dosage. The experts I have consulted with believe Dr. Koblin’s treatment was within the standard of care in this community and were not a substantial factor in causing Mr. Cornell to commit suicide."
Copyright © 2018, ABC Radio. All rights reserved.