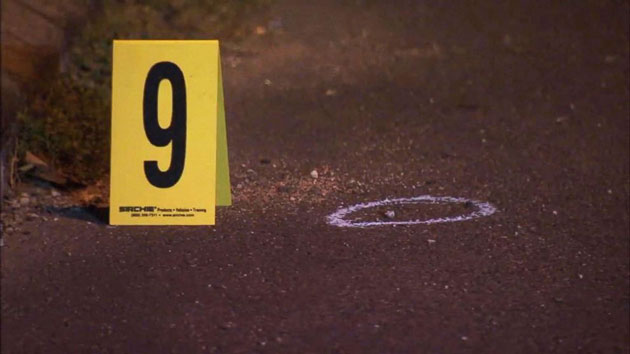 WPVI(PHILADELPHIA) — A 14-year-old girl and her 5-year-old brother were shot while trick-or-treating on Halloween, and now Philadelphia police are searching for two gunmen who both may have been wearing masks at the time.
Both siblings were shot once in the leg, Philadelphia Police Capt. Malachi Jones told reporters Thursday.
The girl was treated and released from a hospital while the boy remains hospitalized and in stable condition, police said.
"Total disregard for public safety," Jones said. "It's just an awful set of events."
The shooting unfolded at about 6 p.m. Wednesday as the children were trick-or-treating with an aunt and unknown males who the 14-year-old girl described as people she knew from the neighborhood, police said.
The teen said she saw a car pull up and two men — at least one of whom was wearing a mask — get out, police said. She saw a gun, and at that point she fled, police said.
The injured teen, who gave her name as Mikaya, told ABC Philadelphia affiliate WPVI that during the shooting her only focus was protecting her little brother.
"I was just focused on getting him to safety and making sure he was alright," she told WPVI.
It's believed there were two shooters. They were potentially shooting back and forth but it was not immediately clear, police said.
Authorities do not have a description of the car and are looking for surveillance video.
Copyright © 2018, ABC Radio. All rights reserved.