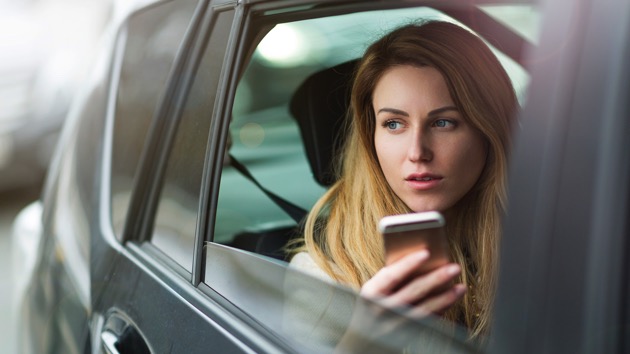 iStock/Thinkstock(LOS ANGELES) — Uber is launching a new feature in Los Angeles, which the company says will deliver vital information to 911 call operators.
Emergency dispatchers receiving calls from Uber users in Los Angeles will now automatically know the rider's name, exact location, details on the Uber vehicle they are riding in and who is driving. Uber had previously enabled a feature that would just allow users to call 911 from inside the app.
LAPD Captain David Storaker calls the new feature a game changer for helping an Uber rider during an emergency, highlighting its particular benefits for L.A. visitors unfamiliar with the city.
"If you're in an Uber and you're visiting the city," Storaker said, "you obviously don't know here you're location is and this is something important to the visiting public in Los Angeles."
Ride-sharing companies like Uber and Lyft have been criticized in the past for rider safety issues. Now, Uber says, the aim is to protect riders and drivers by dispatching help as soon as possible.
"Our users have told us, and we talked to law enforcement like LAPD here, what is the best way we can improve peace of mind," Uber's Nirveek De told Los Angeles television affiliate KABC.
LAPD told KABC the department has future hopes to include software, perhaps in the early 2020s, that would allow callers to send videos and location details.
Copyright © 2018, ABC Radio. All rights reserved.