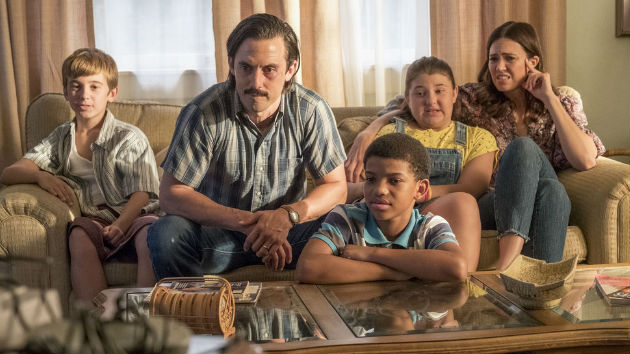 Ron Batzdorff/NBC(PITTSBURGH) — This Is Us ended its episode Tuesday night with a tribute to Pittsburgh, following the deadly synagogue shooting there.

The NBC drama, which is set in the Pennsylvania city, showed an end card with a message that read, “Our hearts are broken. We stand with our television hometown of Pittsburgh.”

This Is Us creatorDan Fogelman later re-posted the message on his Twitter, along with more information about how to help the victims and their families.

“Pittsburgh is our #ThisIsUs hometown,” he wrote. “If you'd like to donate to Victims of Terror Fund to support the Pittsburgh community, please text: JEWISHPGH to 41444.”

Stars of the show, including Mandy Moore, Justin Hartley and Susan Kelechi Watson, retweeted his messages in support.

The shooting at the Tree of Life Synagogue in the Squirrel Hill neighborhood of Pittsburgh Saturday claimed the lives of 11 and injured six, including four police officers. The suspected shooter, Robert Bowers, has been charged with 29 federal crimes in connection with the murders.