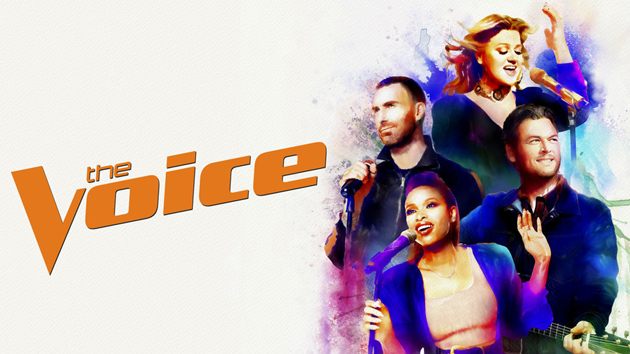 NBC(LOS ANGELES) — The knockout rounds continued on Tuesday’s one-hour edition of The Voice, a night that saw Adam Levine steal one of Blake Shelton’s artists.

Artists from Jennifer Hudson, Kelly Clarkson and Blake's teams squared off on Tuesday, each of them enlisting the help of key adviser Mariah Carey.

Team Jennifer’s “singing warriors,” Franc West, covering The Weeknd’s “Call Out My Name,” and Tyshawn Colquitt, singing Zayn’s “Pillowtalk,” faced off against each other to open the show. Both, said JHud, were “old school” and “sing with a vengeance.” Hudson, addressing the camera during rehearsals, predicted it would be “the hardest decision for me to make.” Following the knockout, she praised both artists for being “extremely talented,” but picked Franc for his “distinctive, unique sound.” He moves on to the live rounds, while Tyshawn heads home.

Next up, were Team Kelly’s soulful pop artists: 17-year-old Abby Cates, tackling Clarkson’s achy ballad “Because of You,” facing off against Claire DeJean, 18, singing “There’s Nothing Holdin’ Me Back,” by Shawn Mendes –- an equally daring choice according to Kelly, because “It’s so wordy.” Mariah’s suggestions for the two: Abby needed “to be herself with the song”; Claire had to “focus on the dynamic of her voice.” After agonizing over her decision, Clarkson declared Abby the winner. She advances to the live rounds; Claire’s run on The Voice is over.

Finally, Blake paired country artists Dave Fenley, singing Lionel Richie’s “Stuck on You,” against Kameron Marlowe, covering Bob Marley & the Wailers' “I Shot the Sheriff," popularized by Eric Clapton. Carey was impressed with Dave’s ability to “take the song to a different place in spots,” while still staying true to the original, and urged Kameron to do the same with his song. Blake, speaking to the camera, said the contest would come down to which artist made him feel like he’s “at a concert having a great time.” Shelton gave the round to Dave, for delivering a “dead-on” vocal performance. He moves on to the live rounds. However, Levine stole Marlowe, who advances as well, now as a member of Team Adam.

“Hello, Sidney…” Paramount releases new promo pics starring the ‘Scream’ series’ original survivors
Saddle up with the action-packed new trailer to ‘Yellowstone’ prequel series ‘1883’
Omicron live updates: Vaccinated people make up ‘many’ of the US cases, CDC says
What to expect from the college championship conference games
Don’t get the cheese touch! ‘Diary of a Wimpy Kid﻿’ now streaming on Disney+
Jon Stewart joins ABC’s ‘Live in Front of a Studio Audience: ”The Facts of Life”