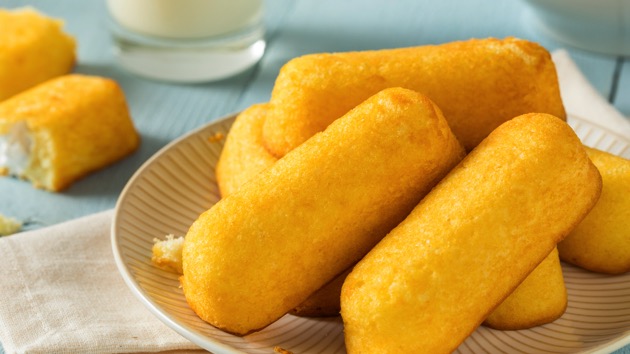 iStock/Thinkstock(MALMO, Sweden) — Not everyone, particularly in the U.S., will agree that Twinkies, root beer and Pop-Tarts are "disgusting food."
But these American culinary creations are among the edibles featured in a new Museum of Disgusting Food in Malmo, Sweden.
Eighty food items from 35 countries are presented, with equal numbers from Europe and Asia and with Latin America, Africa and Australia represented as well.
But China, the U.S. and France are in the lead.
Gastronomical adventurers visiting the exhibition will have their $20.50 tickets printed on vomit bags, just in case someone's stomach turns.
What else does the museum have to disgust you? Oysters that some people find no fun to swallow are of course on display, as are several foods that many don't enjoy smelling, like durian from Thailand, a spiky fruit banned from some hotels in Southeast Asia.
Noni, an Asian fruit nicknamed “vomit fruit,” is presented but it also may not be the most terrible smell on display.
Also featured are smelly French cheese, fermented horse milk from Russia, and representing the home team, Sweden, are salty licorice and Surstromming, a fermented Baltic herring so smelly, the landlord of the museum does not allow it to be taken out of its packaging inside the building.
There to be ridiculed is a bull's penis, eaten in China because it's reputed to be an aphrodisiac, and a dish made from cattle testicles called Rocky Mountain Oysters from the American West.
Other American foods the Swedes and others put in the "disgusting" category are root beer (“It tastes like toothpaste,” organizers tell ABC News); classical processed food like Twinkies, Pop-Tarts and Spam; and Jell-O salad with tomato, olives and grapes. Many Americans may find these judgments snobbish. But, on the other hand there's Casu Marzu, a cheese from Sardinia containing the live larvae of flies. You don’t have to be a gastronomical snob to turn away from that.
The museum has a higher aim: To help visitors look at how we eat and consider different sources of nutrients as a way to reduce the environmental impact of eating real meat.
“We cannot continue the way we eat now,” said museum director Andreas Ahrens. "We need to question our ideas of disgust if we're going to consider some of the more environmentally friendly sources of protein, like lab meat or insects."
Being a museum, it has academic input and strict standards. The anthropology department of Lund University created criteria that were simple but strict: Items on display must be real food, not made-up novelty items, and the idea of eating it has to create widespread disgust.
The project also has another worthy purpose: "One culture’s disgusting is another culture’s delicacy,” said Ahrens. “We want people to question what it is that they find disgusting and then realize that disgust is always in the eye of the beholder.”
Copyright © 2018, ABC Radio. All rights reserved.