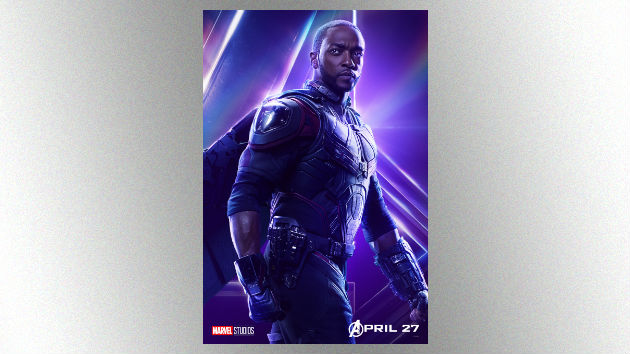 Marvel Studios(LOS ANGELES) -- Two Avengers are on their way to Disney's new streaming service.
Posted on October 31, 2018 by ABC News

Variety has learned Marvel is developing a limited series based on the Avengers films superhero characters Falcon and Winter Soldier, played by Anthony Mackie and Sebastian Stan, respectively. The two last appeared in this year's blockbuster Avengers: Infinity War.

The forthcoming series has also secured its writer, Malcolm Spellman, who previously worked as a writer and co-executive producer on the Fox drama Empire.

According to Variety, Marvel is planning multiple limited series for the upcoming Disney streaming service, including shows that will focus on characters like Loki and Scarlet Witch, who have yet to star in their own films.

Unlike some of the Netflix superhero series, like Daredevil and The Punisher, Variety says the Disney streaming service will be produced by Marvel Studios and Marvel Cinematic Universe head Kevin Feige. They will also "have large budgets compared to other television projects."

The Disney streaming service is set to launch sometime next year. Disney's the parent company of Marvel and ABC News.