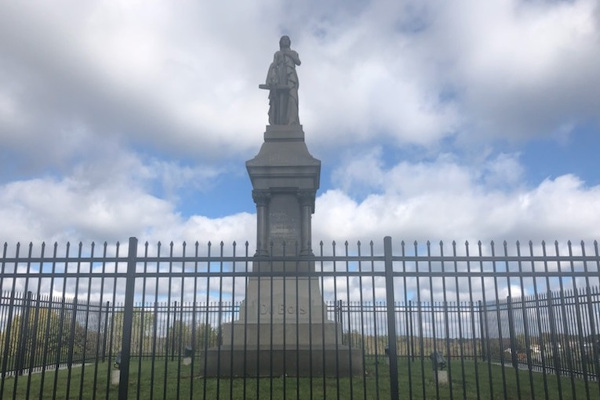 The monument, which marks the gravesite of one of the founders of the city, recently underwent renovations, including new fencing, landscaping, sidewalks, solar powered lighting, and the statue was restored.

Since the statue itself is on a steep hill, the rededication ceremony will be held inside Room 203 of the DEF Building on the Penn State DuBois campus, which has a great view of the monument. They’ll flip on the lights on the statue for the first time at 7 p.m. tomorrow, after a short program about the history of John DuBois and our city.

Refreshments will be provided.

What a beautiful monument and a view of the city! The John DuBois monument on the hill above Penn State DuBois got a makeover recently, with a new fence and solar lights. Come to the DEF building at Penn State DuBois this Thursday at 7 p.m. for the official rededication ceremony.

The monument underwent a renovation and rejuvenation over the last several months, including professional cleaning, the removal of vegetation surrounding it and the installation of new solar lighting, which will increase the visibility of the monument at night from much of the city.

A new concrete sidewalk was installed around the site, and new wrought iron fencing has replaced the former chain-link fence.

Situated above the Penn State DuBois campus on what is referred to as Monument Hill, the granite statue marks the grave site of John DuBois, who founded the town of DuBois, and is topped by a figure of a woman said to represent hope.

High atop the hill, it overlooks the city and the land his estate once occupied.  DuBois made his fortune in the lumber industry, and owned and operated a large sawmill that was once located across today’s route 255 from the campus.

He died in 1886, and according to legend, is buried at this site alongside his horse.  The DuBois family donated the estate property to Penn State in 1937. 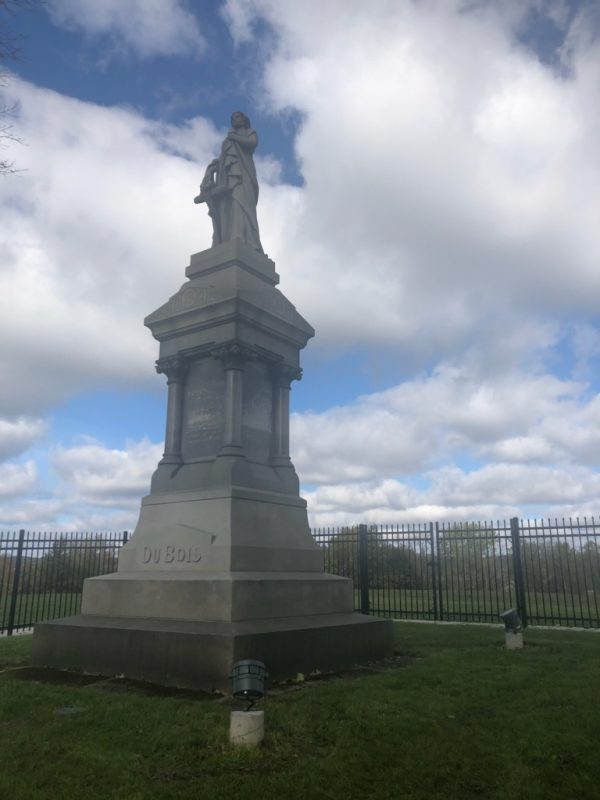 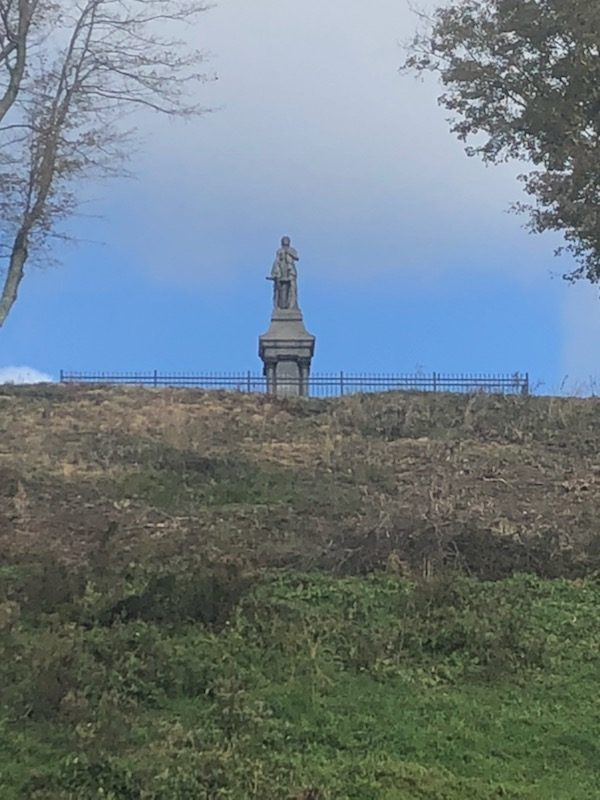 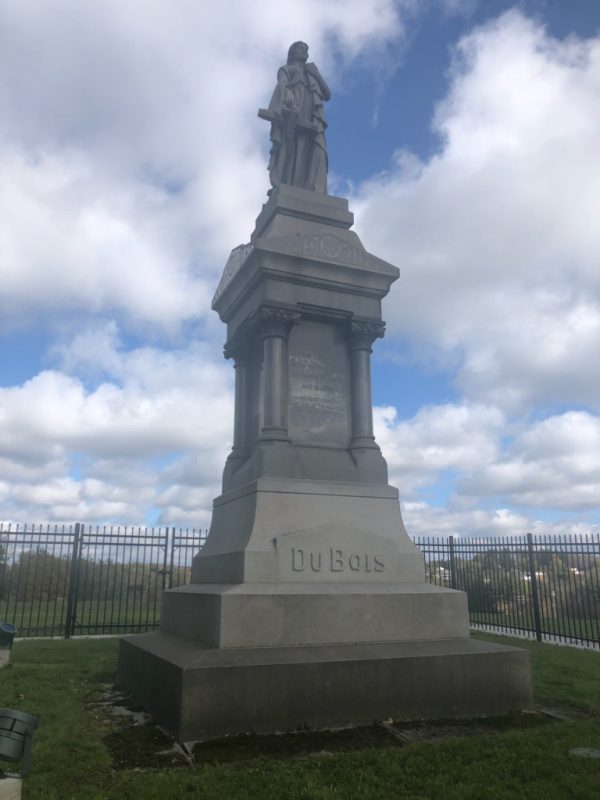 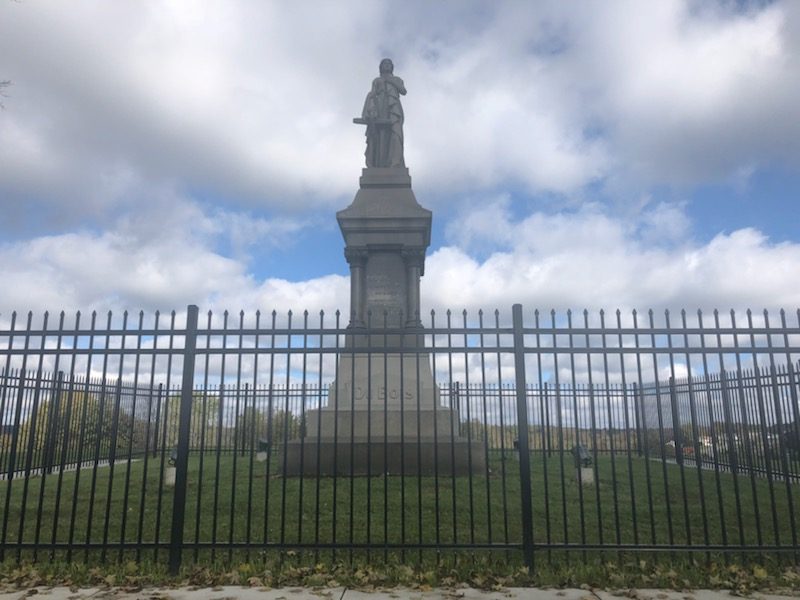 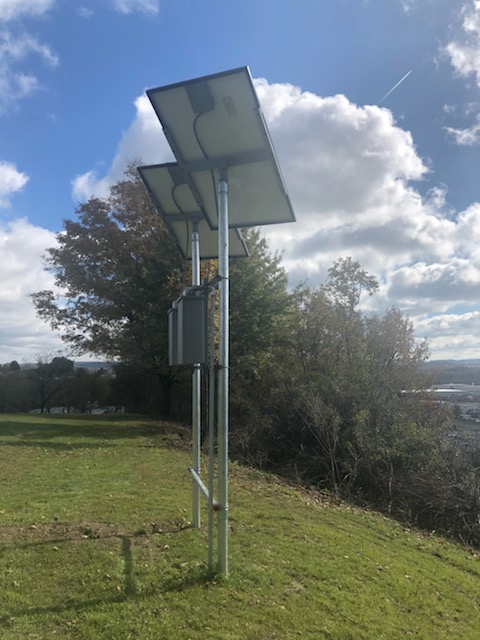 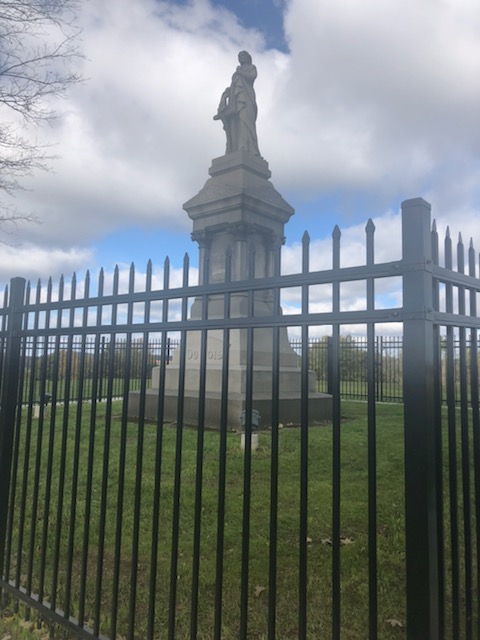