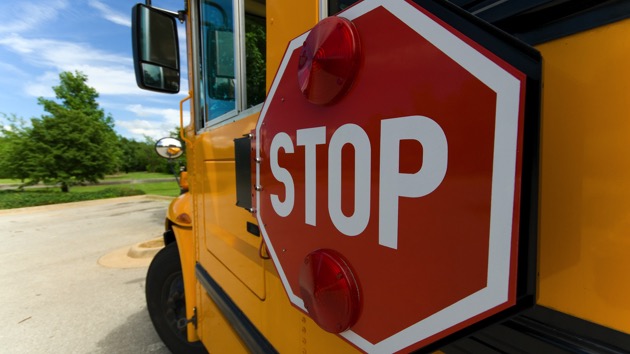 iStock/Thinkstock(ROCHESTER, Ind.) — The pickup truck driver allegedly never hit her brakes until it was too late to avoid hitting four children, including three siblings, who were killed as they crossed a two-lane highway in rural Indiana to catch their school bus, according to a relative of the dead children.
"The police said there were no brakes used. She never stopped once," Elgin Ingle, the uncle of the children who died, told ABC News in an emotional interview. "What else could you have been doing? What are you doing where you're not paying attention at that time in the morning?"
Identical 6-year-old twins Xzavier and Mason Ingle and their 9-year-old sister Alivia Stahl were killed Tuesday morning in a rural community of Rochester, Indiana.
The children's classmate and neighbor, 11-year-old Maverik Lowe, suffered multiple broken bones and is in critical condition at a hospital.
Alyssa Shepherd, 24, the driver of the pickup truck that slammed into the children, was arrested and charged with three counts of reckless homicide and one misdemeanor count of disregarding a stop sign and causing injury, officials told ABC News.
The children were crossing State Route 25 to get to their yellow school bus when they were run over about 7:15 a.m. in front of the mobile home park. Indiana State Police said the bus' emergency lights were flashing and its stop-sign arm was out when they were struck.
The investigation of the crash is ongoing and police have not released details on why Shepherd did not heed the bus' stop-sign arm.
Xzavier, Mason and Alivia died at the scene. Their father rushed out of their home and identified them after police arrived to investigate, officials said.
"My nephews, my niece were all bright. They were great children. They had a future," Ingle told ABC News.
He said his brother was "torn apart."
"He didn't lose one kid. He lost all his kids," Ingle said. "How do you tell your little brother it'll get better? You can't. My brother, the most loving man in the world and the best father I've ever known, now is a father to no one, has nothing."
Ingle said parents who live in the mobile home park had previously asked the Tippecanoe Valley School Corporation to change the bus route so the children didn't have to cross State Route 25 to catch the bus. He said parents complained that it was dangerous for children to cross a highway where vehicles routinely travel at 50 to 60 mph.
"This has been an issue before. The parents have made comments to the school about this changing," Ingle said. "There's plenty of room for the school bus to pull in and pick up these kids. But this school has been warned that this is an issue."
Contacted by ABC News Wednesday morning, the school district had no immediate comment.
Shepherd stayed at the scene of the crash and was cooperating with investigators, Sgt. Tony Slocum, the public information officer for the Indiana State Police, told ABC News. Shepherd was released on $15,000 bail Tuesday night.
"It shouldn't have happened but our job is to fight through it and wrap our arms around [the father], as his community will," Slocum said.
Shepherd was not injured in the crash that left heavy front-end damage to her 2017 Toyota Tacoma pickup.
The National Transportation Board is sending a team to help investigate the crash.
Copyright © 2018, ABC Radio. All rights reserved.