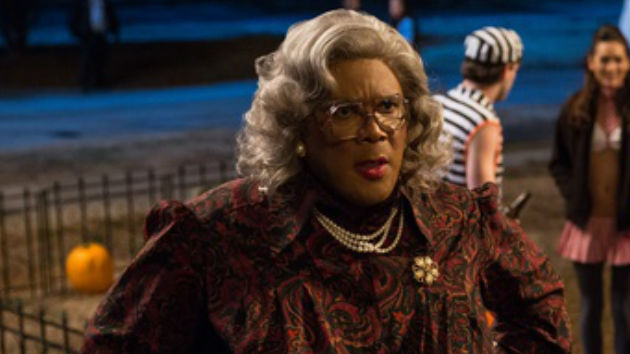 The producer-actor tells ABC Radio that after his upcoming Madea film, A Madea Family Funeral, he's done with dressing up as the elderly, slick-talking grandma.

"That's it man. I've put it all in. I've done everything I can do with the character," Perry says. "It's been about 15 years of her running strong. So, I'm going to end with Madea's Family Funeral will be the last Madea movie."

Although plot details have not officially been released, the film, expected to drop sometime next Spring, is said to follow Madea and her crew as they travel the backwoods of Georgia and discover that they will now have to "unexpectedly" plan a funeral.

Perry, of course, will once again reprise his role as Madea, in addition to his other signature characters of Joe and Brian. Perry says although he enjoys playing the ferocious granny, he's ready to let her go and move on.

Kim Kardashian and Pete Davidson “officially dating”
‘John Wick 4’ officially wraps; could its title go the way of the samurai?
Tyler Perry says he’s ready to “relinquish” some of his creative control over his series
Will Ferrell explains why he never made an ‘Elf’ sequel
Matthew Perry to release “unflinchingly honest” memoir in 2022
Bill Hader explains why he’s so tired working on ‘Barry’ after the pandemic, and making ‘Addams Family 2’ with parents in mind