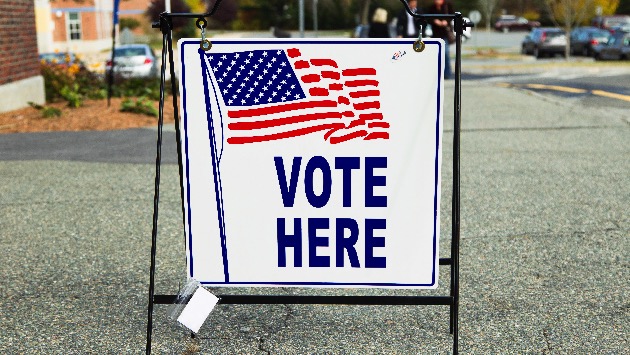 iStock/Thinkstock(CLARKSDALE, Miss.) — Deep in the Mississippi Delta lies the birthplace of the blues, a colorful and intimate region that exudes the music's rough, soulful charm that launched the careers of Ike Turner, John Lee Hooker and Muddy Waters — and now could help elect a native son to the U.S. Senate.
Control of the Senate could hinge on a special election in Mississippi to replace retired U.S. Sen. Thad Cochran, who resigned due to health issues earlier this year.
Mike Espy, an African-American Democrat, is in a tight, four-way contest for the vacant Senate seat against the President Donald Trump-endorsed Republican incumbent Sen. Cindy Hyde-Smith, appointed after Cochran resigned, as well as conservative insurgent Chris McDaniel and Democrat Tobey Bartee.
The format of this contest is a nonpartisan "jungle primary" in which multiple candidates from both parties compete. If none receives a majority of the vote on Election Day, the race will head into a runoff on Nov. 27.
Espy has been a fixture in southern Democratic politics after serving as the first African-American congressman from Mississippi since the 1800s and as a member of former President Bill Clinton's cabinet. The former Agriculture Secretary's rising political stardom in the 1990s was halted by a corruption scandal involving personal gifts from food companies he regulated in the Clinton administration. He was acquitted of all charges.
Espy, who hails from the Mississippi Delta's Yazoo City, seeks to unify a state frayed by racial tensions, cultural divisions and uneven economic growth amid deeply divided times in the country.
"I'm someone that wants to reach across the chasm to make sure that we can collaborate with one another by race and by party," Espy said in his signature raspy voice after a campaign rally in Biloxi. "The theme of my campaign is rise above and reach across. We have to rise above the dysfunction, rise above the chaos and the disunity and reach across and bring Republicans over."
Sending a Democratic senator to Washington would be a feat for Mississippi, and electing the first African-American senator since the Reconstruction Era would be historic for Espy and the Magnolia state.
A path to victory for Espy starts in Mississippi's majority African-American communities, like those in the Mississippi Delta. The region's fertile land turned it into the heart of cotton production and slavery, but now, the Delta stands as a political stronghold for blacks.

A region at the crossroads
Much like the blues, ingrained in Clarksdale is Mississippi's complicated history with racism and bigotry. The city has long been an African-American enclave and an agriculture center, sitting on the banks of the Sunflower River in Coahoma County. It also famously sits at the intersection of Highways 61 and 49, or "the crossroads," where musical legend Robert Johnson sold his soul to masterly strum a guitar.
Fifty years ago, Clarksdale was at a crossroads, as the emerging Civil Rights movement made inroads across the Deep South. As a nexus for racial segregation, it was home to sharecroppers, segregated schools, restaurants and movie theaters, and a suppressed, non-voting African-American population.
"I remember when minorities couldn't go to school with the whites," William Jones, 73, a native of the Delta, told ABC News inside Abe's Bar-B-Q, in Clarksdale. "That was a struggle. I've seen all of that. I remember when minorities couldn't sit and walk in here and get food. They had to go in the back. Not that I remember it, I lived through it." "I came from all those times," he added. Now at another crossroads, Clarksdale is among a collection of towns in the Mississippi Delta that will be pivotal in one of this year's most consequential midterm races.
Similar to the coalition that successfully sent Alabama Sen. Doug Jones to the Senate in 2017, Espy will have to turn out African-American voters and appeal to moderate white voters to win.
"We have to get the African-American vote out in higher numbers than it's ever come out before," he told ABC News. "We have to make sure everyone regardless of race comes out. Get the African-American vote out. Get enough of what I call 'purple people.' They may be Republicans, they may be Independents, I don't care."
"If they follow my issues about making sure that health care costs are held in check, making sure that schools can expand, making sure that our children cannot leave Mississippi but stay here for economic opportunity, making sure that everything I’m talking about resonates with them, that they will likely vote for me regardless of party," he said.

Turning out voters in the Delta
One hurdle for Espy is a deeply rooted reality for generations of Mississippians: The state has some of the lowest educational attainment levels in the country and an illiteracy rate that peaks at 30 percent in some of its poorest and mostly African-American areas, as noted in the National Assessment of Adult Literacy. Less education is associated with lower levels of voter turnout, among other socioeconomic factors, according to MIT's Election Data and Science Lab.
But Mississippi Delta voters like Jones and Clarksdale resident, Lorna Dodd-Fuller, make up the core of Espy’s base — and both are adamant about participating on Election Day, given the long history of African-American voter disenfranchisement. "I remember when really, truly minorities didn't have a right to vote," Jones said. "That’s something that we had to struggle to be able to do. I vote every time, every time an election comes up. "
"I vote for the person who will do the job," Dodd-Fuller told ABC News. "I'm not really voting for [Espy] because of his color. I'm voting because of his party affiliation because I've always been a Democrat." Clarksdale has historically voted for Democrats. In the 2016 presidential election, 94 percent of voters cast ballots for Hillary Clinton.
But only about 1,250 voters exercised the right to vote, according to the New York Times.
A greater obstacle for Espy is overcoming apathy among black voters who show up in disappointing numbers. "Martin Luther King would turn over in his grave, and all the people who fought for this right for them to be able to vote and they really don't want to exercise it," Dodd-Fuller said of the voting-eligible population in the city.
"The only time I’ve really seen people really go out to vote here was when President Obama ran and everyone went out to vote," she added. In a small boutique on Martin Luther King Boulevard, a local store owner, Isabella, who preferred not to give her last name, said she isn’t voting in the upcoming midterm elections, choosing to stay on the sidelines because of the "chaos" of politics. "Look at the chaos in the world, look at it in these small towns," she said. "It's just been a lot of division, it's just uproar." In the final sprint of the election season, Isabella is the type of voter Espy needs to go to the polls to win. Some Delta natives are optimistic he will secure high turnout in the region.
To get out the vote, Orlando Paden, the Democratic state representative for House District 26, which includes Clarksdale, is working with the county chair of the Democratic Party and the local NAACP chapter to show "ownership to voting."
"We're making sure that people are connecting to voting," he said. "This is your vote, this is your voice. This matters." Thomas Reed, a local resident of Shelby, a rural town about 20 miles south of Clarksdale, said he "absolutely" believes voters will head to the polls on Nov. 6 "because of what’s been happening" under Trump.
"I mean, they sing the song, change is gonna come," he said. "That's what they’re looking for now, change. From the head, all the way down to the bottom. They are looking for change."

Mississippi's past with racism
In his crusade to lead Mississippi, Espy channels the struggle of the African-American folks there. Instead of speaking about the historic nature of his candidacy, he hedged during an interview, asserting, "I'm running to not be something but to do something. I'm running to lift this entire state." But when it came to intimate details of racial clashes in his own life, or the racial divisions and discrimination that long defined Mississippi's identity, the former congressman was candid with supporters.
In Biloxi, he spoke about segregation of the city’s beaches in 1960, and the beatings, jailings, and lynchings of African-Americans. "Think about Medgar Evers," he said. "Think about Vernon Dahmer. Think about all of those who were sacrificed so we could get here … and now let me become an incredibly viable candidate for the United States Senate from the state of Mississippi."
In Pascagoula, he spoke about his years at a public school with only 17 black students out of 800 total, telling the crowd, "Every day, I was the N-word. Every day." In one specific instance from his junior year of high school, Espy said he fell asleep in chemistry class and was awoken by his teacher, Mr. Richardson, spraying him with a high-pressure hose. He admitted that he didn't know what to do except walk out, never returning to that class and ultimately receiving a "D."
But now, at the age of 64, he declared, "Mississippi is changing." "That school is closed now, but the road in front of that school has a name. It's called Mike Espy Boulevard." For Espy, he views his candidacy as a symbol of that progress, not for him, but for all of Mississippi. "What better symbol of unity, what better symbol of growth, than to have Mike Espy in the United States Senate," he said to an applauding crowd in Pascagoula.

A balancing act for a red-state Democrat in the south
Espy spent part of his weekend in the deeply red enclave of Mississippi's Gulf Coast — a region on the Gulf of Mexico, home to Gulfport, Biloxi and Pascagoula — to court voters as part of his long-shot bid in the ruby red state.
Using his moderate appeal to attract white voters, Espy is running as an "independent" Democrat, but he still faces an uphill battle: The state voted for Trump by nearly 20 points in 2016, and more than half the state approves of the president's job performance, according to a recent NBC News/Marist poll.
"Even though I'm a Democrat, I'm an independent — a small 'I' — Democrat, meaning that I'm a Mississippian first," Espy said. At rallies, he appealed to the morality of voters, keeping a focus on the issues, among which he lists healthcare as a No. 1 concern for Mississippians. He said he's also willing to work with the current administration to benefit his home state. "Whatever comes down the pike, regardless of where it emanates, if it comes from the White House, President Trump, fine," he said. "If it's good for Mississippi, I’ll vote for it. If it comes from the Democratic side, fine. If it's good for us, I'll vote for it. But the converse is also true."
In the final days of this cycle, Espy continues his balancing act – embracing Mississippi voters who he hopes can help propel him back into national politics, while convincing those same voters of his own political independence. "I try to inspire them to turn out whether you’re black or white," he said. "Judge us by our demeanor, judge us by our platform. We hope that this is going to be enough to cause us to win. If not, we’ll move on to the runoff if we’re so lucky to be in it."
Copyright © 2018, ABC Radio. All rights reserved.