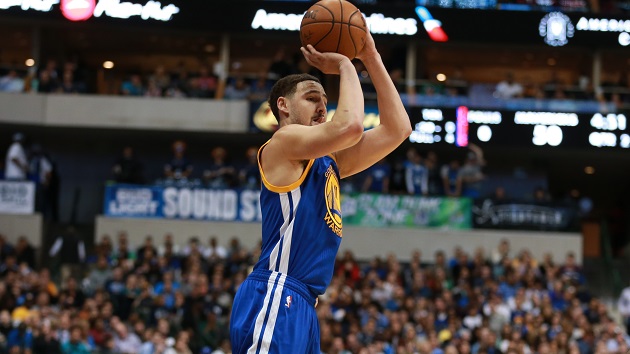 Allen Kee / ESPN Images(CHICAGO) — Golden State Warriors' Klay Thompson set an NBA record Monday night for 3-pointers in a game.
The shooting guard knocked down 14 3-pointers during the game against the Chicago Bulls, breaking the record of 13 3-pointers previously held by his teammate, point guard Stephen Curry.
Thompson went on to score a total of 52 points, helping his team beat the Bulls, 149-124.
The Warriors as a team also set an NBA record for 3-pointers in a half, with 17 in the first half of Monday night's game.
Copyright © 2018, ABC Radio. All rights reserved.