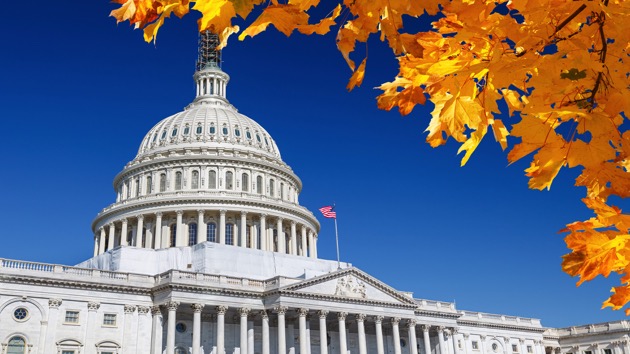 sborisov/Thinkstock(WASHINGTON) — Top Congressional leaders from both parties passed on an invitation from the White House to join President Trump on his visit to Pittsburgh Tuesday in the wake of the shooting at the Tree of Life synagogue, according to several sources familiar with the matter.
With the midterm elections just one week away, Senate Majority Leader Mitch McConnell and House Speaker Paul Ryan are unable to make the trip because of scheduling conflicts.
Senate Minority Leader Chuck Schumer and House Minority Leader Nancy Pelosi declined the invitation, according to aides to both Democrats.
The White House has not responded to ABC News' request for comment.
Republican Sen. Pat Toomey of Pennsylvania will also not be in attendance today.
"Senator Toomey attended a vigil, met with law enforcement, and leaders of Pittsburgh's Jewish community this past weekend and yesterday. Today, Senator Toomey will be attending to prescheduled commitments in southeast Pennsylvania," Toomey's spokesman Steve Kelly told ABC News.
By some accounts, McConnell and Ryan outright declined the invitation to appear with Trump, but their teams are dismissing that characterization.
"He was unable to attend due to long-planned events in Kentucky. He did however speak to the shootings at two different events yesterday," a spokesman for McConnell told ABC News. "He did not “decline” or “turn down” the invitation."
A Ryan aide told ABC News that the speaker is on the campaign trail stumping on behalf of Rep. Andy Barr in Kentucky Tuesday.
“We weren’t able to make it on the short notice,” Ryan's press secretary AshLee Strong told ABC News.
Copyright © 2018, ABC Radio. All rights reserved.