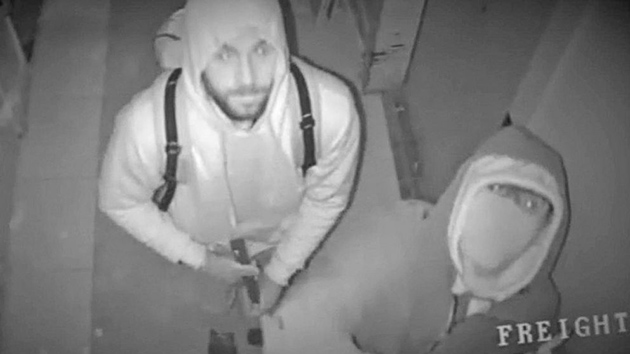 ABCNews.com(NEW YORK) — The “incredibly sophisticated” burglary crew that stole $2 million worth of merchandise from a Manhattan jewelry store in December 2016 — and another $2 million worth from a Los Angeles jewelry store three months later — had every specialist needed for their caper.
Acrobats, strongmen and electronics experts were part of the so-called Pejcinovic Enterprise, named for alleged ringleader Damir Pejcinovic, which federal prosecutors in New York said struck 16 times between 2006 and 2017 in the United States and Europe, according to New York federal prosecutors.
Pejcinovic and two alleged members of his crew were arrested last week and pleaded not guilty in a case that had all the trappings of a real-life Hollywood heist.
“This burglary crew was incredibly sophisticated,” said assistant U.S. Attorney Andrew Ken-Wei Chan. “They used power tools, sledgehammers, jackhammers and other tools to break into jewelry stores, banks and safes within those locations.”
If the job required rooftop access “they had people with acrobatic capabilities,” Chan said. “If the burglary crew needed somebody with a lot of strength with the ability to break through walls … they had members of the crew who were incredibly strong.”
The crew included people who knew how to disable security systems, jam cellphones and cut phone lines that connected jewelry stores with their security companies, according to court records.
Beside the jewelry heists in New York and Los Angeles the crew has also been linked to burglaries in Portland, Kansas City, Beverly Hills and Frankfurt.
After Pejcinovic was arrested investigators said they found evidence of plans for future crimes, including research on diamond dealers in Belgium and Switzerland, police scanner frequencies in Amsterdam, and a diamond workshop in Ohio.
After he pleaded not guilty Pejcinovic was ordered held without bond. He is due back in court November 2.
Two associates, Gzimi Bojkovic and Adrian Fiseku, also pleaded not guilty and were ordered held without bond.
Copyright © 2018, ABC Radio. All rights reserved.