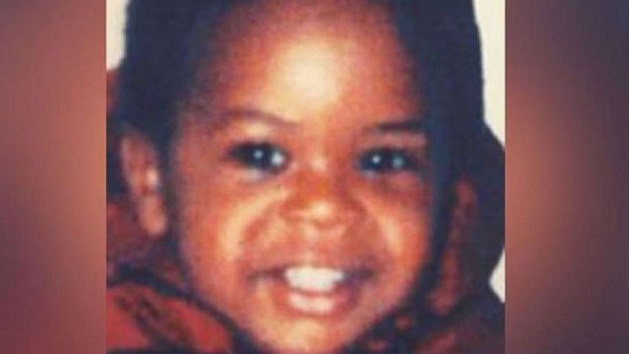 Missing Children Society of Canada(TORONTO) — More than 30 years ago, Lyneth Mann-Lewis' 21-month-old son vanished after visiting his father. And just a few days ago, authorities told her they'd found him.
"The words 'Your son is alive, we've found him' — that is breathtaking," Mann-Lewis told reporters in Toronto on Monday. "I said, 'Oh my God, my baby.' He said, 'Mommy, you have my eyes.' He hugged me and he kissed me and we held for a long time."
Jermaine Mann had been living under a phony name in the United States with his father, Allan Mann, who allegedly kidnapped him in 1987, federal officials said. Investigators said Jermaine, not even 2 years old, had been taken by his father after a court-ordered visit in Toronto. The father had told the son his mother was dead.
Allan Mann, 66, was arrested on Friday in Vernon, Connecticut, a suburb of Hartford, where he had been living as Hailee Randolph DeSouza, federal officials said.
Authorities tracked him down after receiving more than 200 tips from residents in the U.S. and Toronto. The elder Mann allegedly used fake birth certificates to build a new life for the two.
Officials with the U.S. Department of Housing and Urban Development said they arrested him after reviewing his rental application for subsidized housing and discovering his birth certificate was counterfeit.
"This is one of those rare cases that tugs at your heart strings," Christina Scaringi of the HUD Office of the Inspector General said in a statement. "Not only did we, working collectively, get this alleged bad actor off the street, but we played a role in reuniting an unjustly separated family."
Mann-Lewis said "endured many hard days" over the last three decades. She thanked the Missing Children Society of Canada and officials in the U.S. for bringing her son, now 33, back to her.
"I want to encourage other families with missing children and loved ones not to ever, ever give up hope on finding them," she said. "I am the proof that after 31 long years of suffering, 31 long years, one should never give up."
"But be patient. Be strong and believe that all things are possible and that anything can transpire," she added.
Allan Mann was charged with making false statements and making false statements to get HUD housing. It's unclear if he has obtained an attorney, and he's expected to be extradited to Canada, where he may face additional charges.
Copyright © 2018, ABC Radio. All rights reserved.