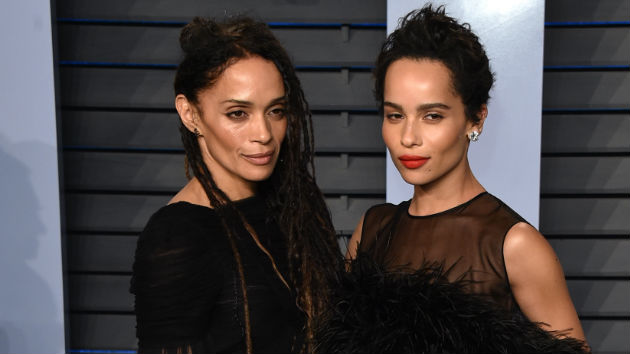 John Shearer/Getty Images(NEW YORK) — Zoe Kravitz is stripping down for the cover of Rolling Stone, as an homage to her momLisa Bonet.

For Rolling Stone’s November “Hot Issue,” Kravitz poses naked to recreate her mom’s cover from 30 years ago. And as it turns out, Kravitz was present for that cover shoot, too: Bonet was two months pregnant with her at the time.

"Technically, this is my second cover,” Zoe jokes to the mag.

"I've always loved that cover so much," the Big Little Lies star adds. "When I think of Rolling Stone, that's always the image that pops into my head. It's a really striking image of her. It's beautiful."

Bonet, however, wasn’t fully naked for her cover shot. So Kravitz decided to remake a photo of her mom from inside the issue, which had her in the same pose just without a shirt.

"I think she was a little bummed when they used the shirt picture as the cover. I think she just thought, 'I'm doing it, let's do it!'" she says. "It's less about the picture, and more about doing the thing my mom intended to do. That feels cool."

Zoe, 29, whose dad is Lenny Kravitz, says she’s at a place in her life where she’s embracing her famous parentage.

"I've kind of stayed away on purpose from referencing my parents, because I've been just trying to create my own identity. But I feel like it's a good time. I feel comfortable in my own skin. And it's nice to do that homage to them," she says. "Because I love them! They're my parents!"

Elsewhere in her cover story, Zoe casually reveals she’s engaged to boyfriend Karl Glusman. She says he popped the question last February, after the two had been dating a year and a half.