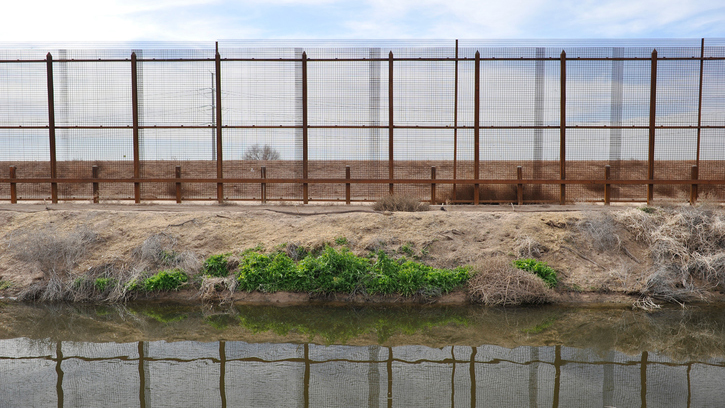 iStock/Thinkstock(WASHINGTON) — The U.S. military is preparing to send as many as 5,000 active duty troops to the southwest border in coming days to meet a request from the Department of Homeland Security to augment resources in anticipation of the arrival of the caravan of migrants currently in Mexico, according to multiple U.S. officials.
The announcement is expected to be made on Monday afternoon at a press conference in Washington D.C. by General Terrence O’Shaughnessy, the commander of U.S. Northern Command and Kevin McAleenan, the commissioner of Customs and Border Protection.
The officials said that U.S. Northern Command will deploy as many as 5,000 active duty troops to three southwestern states to meet agency's requests for logistical support.
Under what is known as Operation Faithful Patriot about 1,800 active duty forces are planned to be sent to Texas; 1,700 to Arizona and 1,500 to California. The specific states were selected to match the support requirements made by Customs and Border Protection.
As part of a 45-day mission, the active duty forces will begin arriving in ports of entry in a support role and then move onto other support projects like construction of temporary housing for Customs and Border Protection personnel, medical support and a helicopter lift capability.
The deployment of thousands of active duty forces to the border was first reported Monday by the Wall Street Journal.
A second U.S. official said there will be active duty troops along the border as part of this mission as early as Tuesday.
Last week, in an exclusive interview with ABC News, Vice President Mike Pence would not rule out the option of closing down the border ahead of the midterm elections. Asked if the president is mulling an executive order to stop all immigration at the border, Pence said: "What we need to do is secure our border. The president will take steps to do that. But we also need to reform our laws."
Since April about 2,100 National Guardsmen have been along the border providing a similar mission, but the new active duty deployment was triggered by President Trump’s remarks last week that he wanted the military to get involved in dealing with the caravan of migrants from Central America.
A Pentagon spokesman stressed that no final decisions had been made about the deployment of active duty forces to the border.
“Planning is underway and no final decisions have been made,” said Captain Bill Speaks, a Pentagon spokesman. But he would not discount that the proposal for 5,000 active duty troops to the border is a topic of discussion.
Like the Guardsmen already serving along the border, the active duty troops will not be permitted to carry out law enforcement duties since that is not permitted by federal law.
Last Friday when news of the deployment of active duty troops was first reported, officials had said that as many as 800 to 1,000 forces might be sent to the border. A third U.S. official said that number was an initial estimate and that as planning developed the numbers increased.
Defense Secretary James Mattis told reporters this weekend that the military had already begun moving equipment to the border in anticipation of the deployment of active duty troops there.