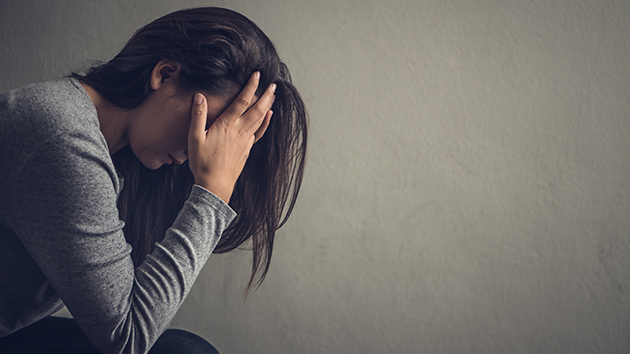 iStock/Thinkstock(NEW YORK) — America, known as the melting pot of the world, has become a cauldron of emotions.
Staying up to date on the news, looking at social media and even talking with friends and family can quickly become stressful.
In many cases, like the deadly rampage at a Pittsburgh synagogue, the news can be almost too much too bear.
After the rampage that killed 11 people in their place of worship, Americans are left grappling with the explosion of deadly hate.
Politics is leaving people deeply divided, deeply enraged or both. The 24/7 news cycle and the ability to get information anytime and anywhere doesn’t help.
After a bruising Supreme Court battle and with the midterm elections just days away, more than 8 in 10 Americans think the country is greatly divided on important values, new data shows.
The divide in the country became a very real threat when suspected explosive devices were sent to CNN, Hillary Clinton, former President Barack Obama and others in an act described by authorities as domestic terrorism.
The enormity of it all begs the question: How do we stay sane in what feels like insane times?
"One thing that we as humans do not like is uncertainty and unpredictability," said Dr. Mark Seery, a researcher on stress and coping at the University at Buffalo. "By objective measures, the world seems like an uncertain place now."
"It’s a bit of a catch-22 in that anxiety is, by some people, expressed in aggression, and aggression stokes many people’s anxiety," added Dr. Gail Saltz, associate professor of psychiatry at the New York-Presbyterian Hospital Weill-Cornell School of Medicine.
Overwhelmed? Here are five expert-recommended steps you can take.
1. Don't tune out, set limits on how much news you consume

Tuning out the news completely is not the best solution, experts say.
Research shows that if you say you won't think about a topic like politics, all you will think about is politics, according to Seery.
He recommends instead taking control of the amount of news you watch, read and discuss. Self-regulating the news you consume also gives you a sense of control, which decreases anxiety.
Take action by setting time limits on your phone for certain websites and apps. Set other small goals like allowing yourself to watch one news show a day — that will lead to your larger goal of controlled consumption.
Stress can also be reduced by putting the news into perspective.
When you crunch the numbers, the likelihood of being a victim of domestic terrorism is about as low as your odds of winning the lottery, according to Dr. Maria Haberfeld, professor of police science at John Jay College of Criminal Justice in New York.
"Increase your awareness of the situation but decrease your overreaction," Haberfeld said. "Life is dangerous but you cannot lock yourself in your home and you cannot stop going to work."
Take action by customizing your response to the news. Figure out what you need to know and what you need to be aware of in the context of your daily life.
2. Get involved

Uncertainty can be paralyzing, so taking control of your own actions is an easy way to reduce stress, according to Seery.
If you are frustrated by politics, get involved in a campaign, volunteer to register voters and go vote yourself. If the immigration issue is making you mad, find a way to help a local effort on whichever side of the debate you fall.
Take action on an even more personal level by making conscious decisions about how you spend your time and the things you say.
"Focus on what you can say around your house, at work and with your kids," said Seery. "Discovering that you can control things in your own life leads to better coping mechanisms."
3. Get moving

Moving your body diminishes overall anxiety levels, according to Saltz.
Going for a walk, taking an exercise class or going for a jog a few times a week can help calm your body, said Saltz. Even better if you can grab a friend to work out with you, because social supports are also key in times of stress.
Saltz also recommends calmer activities like warm baths, breathing techniques and meditation.
Mentally, get your brain moving in a positive direction by staying rooted in the present.
Take action the next time you feel overwhelmed by identifying the things around you: what your coffee tastes like, the color of the mug, the friends, family or coworkers around you, etc.
4. Remember 'S.E.L.F'

S.E.L.F. stands for serenity, exercise, love and food.
The acronym was created by Kathleen Hall, founder and CEO of Mindful Living and The Stress Institute, as a way for her patients to stop in the moment and remember what they need to take care of themselves.
Hall recommends taking just five minutes a day to do something that will bring you serenity, from listening to music to taking deep breaths, just sitting still or memorizing a three to five word short phrase and repeating it as you slowly breathe in and out.
Overall healthy eating — particularly fruits, vegetables, healthy fats and whole grains — has been linked in studies that found they lower risk of depression and even suicide. Hall recommends eating foods like blueberries, broccoli and tomatoes and eating breakfast.
5. Read good news

Offset the daily news you consume with inspiring stories of kindness, bravery and humanitarianism around the world.