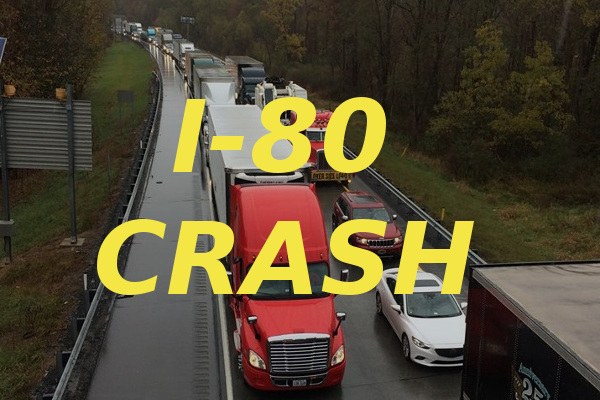 DuBois, PA – One person was killed and another was seriously injured in a crash along Interstate 80 near DuBois on Saturday morning.

A 46-year-old man from Streamwood, Illinois, was driving too fast for conditions and lost control of his Toyota Camry. He slid into the guardrails near mile marker 100, close to the DuBois exit, around 9:30 a.m. Saturday.

The unnamed man was pronounced dead at the scene. His front seat passenger, an Illinois woman who also remain unnamed, was taken to the hospital with serious injuries. Names are not being released until the family has been notified.

Traffic was backed up on I-80 going from Falls Creek to DuBois for hours while crews cleaned up the scene.

Portion of East Park Avenue in DuBois closed April 19-20 for waterline construction
Pennsylvania’s March unemployment rate is down to 7.3%
State Police seize more than $17.7 million in illegal drugs during first quarter of 2021
BBB Warning: Impostor scams target COVID-19 government relief programs and vaccine efforts
$1,500 worth of damage caused to stair handrail in Elk County
What we know about the fatal police shooting of 13-year-old Adam Toledo