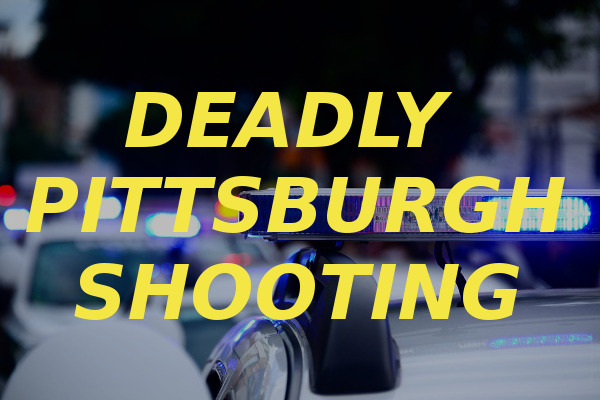 PITTSBURGH (AP) — The Latest on a deadly shooting at a Pittsburgh synagogue (all times local):

Attorney General Jeff Sessions says the Justice Department intends to file hate crime and other charges against the man accused in a Pittsburgh synagogue shooting that killed 11 people.

In a statement Saturday, Sessions said the killings were “reprehensible and utterly repugnant to the values of this nation.”

That echoes earlier comments from President Donald Trump, who said such shooters should receive the death penalty and “suffer the ultimate price.

“The United States attorney in Pittsburgh said federal charges could be filed as soon as Saturday.

Police departments in several Phoenix-suburbs are stepping up visibility and patrols around houses of worship in their communities in the wake of a shooting at a Pittsburgh synagogue in which 11 people were killed.

Television stations KTVK/KPHO report that cities where police said Saturday they’re stepping up patrols and taking other steps include Chandler, Mesa, Tempe and Scottsdale and that several police departments’ spokesmen said synagogues will get special attention.

Sgt. Ben Hoster of the Scottsdale Police Department said there weren’t any credible threats against religious institutions in the area bu that the extra precautions being taken are intended to ensure their safety.

Hoster said police are encouraging residents to be aware of their surroundings and to say something if they see anything suspicions.

An FBI official says the man suspected of killing 11 people at a Pennsylvania synagogue was not known to law enforcement.

Jones said the scene of Saturday’s shooting at the Tree of Life Congregation was “the most horrific crime scene I have seen” in 22 years with the FBI.

President Donald Trump has decided to go ahead with his Illinois political rally on Saturday.

He’d considered canceling it because of the Pittsburgh synagogue attack in which at least 10 people were killed.

But in remarks to young farmers in Indiana, Trump said “we can’t let evil change our life and change our schedule.”

He says he’ll go with a “heavy heart.”

Earlier, the president called the attack at a baby naming ceremony on Saturday morning a “wicked act of mass murder” that “is pure evil, hard to believe and frankly something that is unimaginable.”

The social media site Gab.com says the shooter at a Pittsburgh synagogue had a profile on their website.

The company says the account was verified after Saturday’s shooting and matched the name of the gunman mentioned on police radio communications.

A law enforcement official identified the shooter to The Associated Press as Robert Bowers.

A man with the same name posted on Gab before the shooting that “HIAS likes to bring invaders in that kill our people. I can’t sit by and watch my people get slaughtered. Screw your optics, I’m going in.”

HIAS is a nonprofit group that helps refugees around the world find safety and freedom. The organization says it is guided by Jewish values and history.

President and CEO Mark Hetfield says he wasn’t aware of the shooter’s “obsession with HIAS until this morning.”

Gab said in a statement that it suspended the alleged gunman’s account, backed up the content and notified the FBI.

Gab says its mission is to defend free expression and individual liberty online for all people.

The social media site is popular with far-right extremists.

President Donald Trump is condemning the Pittsburgh synagogue shooting in which at least 10 people were killed, saying “there must be no tolerance for anti-Semitism in America.”

Trump is addressing the shooting as he speaks at a Future Farmers of America convention in Indianapolis.

Trump is calling the attack at a baby naming ceremony Saturday a “wicked act of mass murder” that “is pure evil, hard to believe and frankly something that is unimaginable.”

He says the nation and the word are “shocked and stunned” by grief and is calling on the country to come together.

Trump has at times been accused by critics of failing to adequately condemn hate, such as when he blamed “both sides” for the violence at a Charlottesville white supremacist rally.

People with knowledge of the investigation are telling The Associated Press that at least 10 people have died in the shooting at Pittsburgh synagogue.

The people spoke to the AP anonymously because they were not authorized to speak publicly about the shooting.

Marc Levy in Harrisburg, Pa., and Eric Tucker in Washington.

President Donald Trump says he may cancel a political rally in Illinois on Saturday after a deadly shooting at a Pittsburgh synagogue.

He tells reporters aboard Air Force One: “You can say we’re considering it.” Trump has arrived in Indianapolis to speak at the Future Farmers of America convention.

Trump says he has spoken with Pennsylvania Gov. Tom Wolf and Pittsburgh Mayor Bill Peduto. He also has discussed the shooting with his daughter and son-in-law, Ivanka Trump and Jared Kushner.

Before departing Andrews Air Force Base, Trump told reporters that the shooting was “devastating” and suggested that the outcome would have been different if the synagogue employed an armed guard.

President Donald Trump says “a lot of people” were killed in the shooting at a Pittsburgh synagogue Saturday and it “looks definitely like it’s an anti-Semitic crime.”

Trump tells reporters at the airport in Indianapolis that what “happened today is a horrible, horrible thing.”

Police have a suspect in custody after Saturday’s attack at the Tree of Life Congregation.

A shooter opened fire during a baby-naming ceremony, killing an unknown number of people and wounding six others, including four police officers who dashed to the scene.

Shocked reactions are pouring in in response to the deadly shooting at a synagogue in Pittsburgh.

Richard Cohen, president of the Southern Poverty Law Center, is deploring “another horrific act of hate at a house of worship.”

Anti-Defamation League CEO Jonathan Greenblatt has tweeted: “We are devastated. Jews targeted on Shabbat morning at synagogue, a holy place of worship, is unconscionable. Our hearts break for the victims, their families, and the entire Jewish community.”

“I was heartbroken and appalled by the murderous attack on a Pittsburgh synagogue today,” Netanyahu said in a video message posted on Twitter shortly after the attack, which has killed at least two people and injured six.

Netanyahu says all of Israel is grieving with the families of the dead.

A law enforcement official has identified the suspect in a shooting at a Pittsburgh synagogue as Robert Bowers.

The official said Bowers was in his 40s.

The official wasn’t authorized to discuss an ongoing investigation and spoke to The Associated Press on condition of anonymity.

The synagogue is located about 10 minutes from downtown Pittsburgh in a neighborhood that is the hub of Pittsburgh’s Jewish community.

By Michael Balsamo in Washington.

City officials say the shooting at the synagogue in Pittsburgh is being investigated as a federal hate crime.

Hissrich called it “a very horrific crime scene” and said it is one of the worst he has seen, including some plane crashes.

Hissrich says there is no active threat to this community now that the shooter has been taken into custody.

Pennsylvania’s Attorney General Josh Shapiro is saying that the shooter at the synagogue in Pittsburgh ‘shooter claimed innocent lives — and injured first responders — at a baby naming.’

Three officers were shot in the Saturday morning attack at the Tree of Life Congregation in the city’s Squirrel Hill neighborhood, and a local hospital said it was treating multiple victims.

It was not immediately known how many people had been injured or killed, though Shapiro’s statement appeared to show that at least two people had died.

President Donald Trump is responding to what he’s calling the “devastating” shooting at a Pittsburgh synagogue, saying: “It’s a ‘terrible thing what’s going on with hate in our country.”

Trump spoke to reporters at Andrews Air Force Base before traveling to Indianapolis.

He told reporters the violence “has to stop.”

Trump also said the outcome might have been different if the synagogue “had some kind of protection” from an armed guard and suggested that might be a good idea for all churches and synagogues.

He also said such shooters should receive the death penalty and “suffer the ultimate price.”

Three officers were shot in the Saturday morning attack at the Tree of Life Congregation in Pittsburgh’s Squirrel Hill neighborhood. It was not immediately known how many people had been shot or killed.

Israel is expressing its shock and concern and offering assistance to the local community following the shooting at the synagogue in Pittsburgh.

Bennet says he is “following the news with concern,” and has instructed Israel’s Ministry of Diaspora Affairs to prepare to assist the community in every possible way.

He adds: “Our hearts go out to the families of those killed and injured. May the memory of the murdered be blessed.”

The University of Pittsburgh Medical Center system says it’s treating multiple victims from a shooting at a Pittsburgh synagogue.

Paul Wood, the chief communications officer for the hospital system, said the patients are receiving care at UPMC Presbyterian, but he would not say how many.

Pittsburgh police say a shooter is in custody after an attack at the Tree of Life synagogue that left multiple casualties, including several injured officers.

Pittsburgh’s sports teams, the Pittsburgh Steelers and Pittsburgh Penguins, are expressing their condolences for the deadly shooting at a synagogue in Pittsburgh.

Authorities say the Saturday morning shooting caused “multiple casualties,” and a suspect is in custody.

The Pittsburgh Steelers and the Pittsburgh Penguins are saying in separate statements on their Twitter pages that their “thoughts and prayers” are with all those affected by the shooting.

A police spokesman says police have no more information at this time because they were still trying to clear the building and determine if any more threats exist.

In a tweet Saturday, Trump encouraged people to shelter in place and says “looks like multiple fatalities.”

Trump ended the tweet by saying “God Bless All!”

The shooting happened at the Tree of Life Synagogue in the city’s Squirrel Hill neighborhood.

Police are reporting a suspect is in custody after a shooting that caused “multiple casualties” at a Pittsburgh synagogue on Saturday.

Three officers were also shot in the attack at the Tree of Life Synagogue in Pittsburgh’s Squirrel Hill neighborhood.

Police spokesman Chris Togneri says police have no more information at this time because they are still trying to clear the building and figure out if any more threats exist.

The synagogue is located at the intersection of Wilkins and Shady avenues. The tree-lined residential neighborhood of Squirrel Hill, about 10 minutes from downtown Pittsburgh, is the hub of Pittsburgh’s Jewish community.

President Donald Trump says he’s been monitoring the shooting. In a tweet, Trump encouraged people to shelter in place and said “looks like multiple fatalities.”