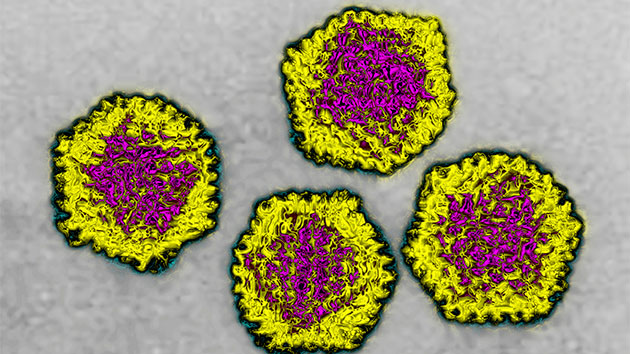 BSIP/UIG Via Getty Images
Posted on October 27, 2018 by ABC News

BSIP/UIG Via Getty Images(NEW YORK) — Another child living in a New Jersey rehab facility that has been at the center of an adenovirus outbreak this week has died.

The child is the eighth to die in the midst of an adenovirus outbreak sweeping through the facility. However, the health department did not go so far as to say that they died from adenovirus because lab tests had not confirmed the infection in the child.

The “medically fragile” child had become sick with respiratory illness at the Wanaque Center for Nursing and Rehabilitation in Haskell, according to a statement from the state Department of Health.

Earlier this week, the health department confirmed that seven children had died from an adenovirus sweeping through the facility.

As of Friday, there were a total of 23 confirmed adenovirus cases associated with the outbreak.

The health department said in the statement that it is still investigating the outbreak and that a staff member from the agency’s Communicable Disease Service was on site at the facility to monitor the outbreak.

Adenovirus is respiratory virus that most often causes mild symptoms, such as the common cold, sore throat, bronchitis, fever and diarrhea. However, the strain of the virus found in the children at Wanaque, adenovirus #7, causes more severe illness and is associated with communal living arrangements.

As the investigation continues and the outbreak persists, the facility has agreed to cease new admissions. It is also offering grief counseling to anyone affected by the outbreak, and on Thursday, it established a 24/7 hotline for families who were affected.