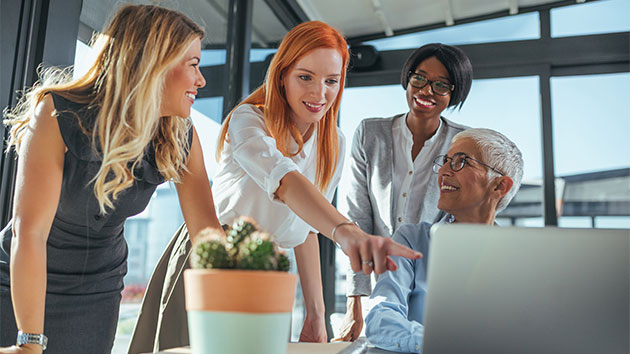 iStock/Thinkstock(NEW YORK) — If you are a woman who feels like your male coworkers are getting raises more often than you do, you are not alone.

The problem is not because women do not ask for raises as often as men — they do — but that they do not get raises as often, according to research published this year in Industrial Relations: A Journal of Economy and Society.

Women also go in asking for raises already behind men in pay.

The gender pay gap — in which a woman earns 80 cents for every dollar earned by a man — remains a "stagnant" obstacle for women, data also shows.

There are steps women can take to distinguish themselves in negotiations and help erase the raise gap.

"One of the biggest things that stands in the way of young woman or an established woman is they wait to ask for the credit long after it's due," said "Shark Tank" judge, real estate entrepreneur and investor Barbara Corcoran. "You should be asking for the raise or the promotion before it's due."

1. Make your wins clear: Jarvis recommends using language with your boss like, "I’m so happy you trust me with this responsibility."

2. Use meetings with your boss as performance reminders: "Make lists [of your accomplishments] and constantly use those lists as reminders inside of the meeting," advises Jarvis.

3. Set a timeline: "Set an outline, a timeline of when that raise or promotion will come in the future," recommends Jarvis.

4. Ask for frequent feedback: "You're not asking for a raise but you're reminding them what you're doing and you are making them accountable to acknowledge what you're doing," says Corcoran.

5. Avoid comparing yourself to coworkers: "This is a mistake people often make, they think too much in terms of what other people are doing. The only way you want to do that is if you’re going above and beyond in any way," notes Jarvis.

6. Use an outside offer as leverage: "Make it known that this [raise or promotion] is important to you," advises Jarvis.