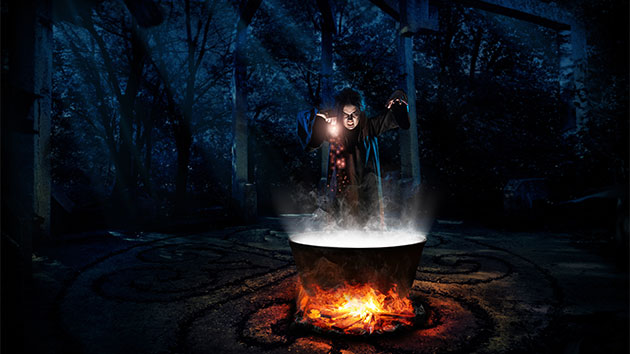 iStock/Thinkstock(NEW YORK) — Canadian police have charged a woman with witchcraft and fraud after she allegedly conned an elderly man for more than a half a million in an evil spirit blessing scam.

Samantha Stevenson of Toronto was charged with pretending to practice witchcraft, fraud over $5,000 and possession of property obtained by a crime, according to the York Regional Police.

The victim, a 67-year-old man, had met the suspect, who was known as ‘Evanna,’ about four years ago.

Stevenson told the victim that she would hold on to his money and that she would return it to him once the evil spirit went away, according to police.

“She convinced him that to rid himself of evil spirits in his home, he had to sell the house and transfer the money to her account, where she would hold it until the spirits were removed,” police said in a statement.

The victim sold his house and gave more than $600,000 to Stevenson, police say.

“The suspect did not return the money and instead told the victim she needed an additional $6,000, which she would burn, in order to ward off the spirits,” police said in a statement.

The victim then went on to sell his car and use credit cards — among other forms of payment — to pay for several additional demands from the suspect.

Police started investigating the case in November 2017 after receiving a report of elder financial abuse.

This is not the first time the York police have seen reports of evil spirit scams. According to the statement, these scams often involve a group of suspects who approach victims on the street to offer services that will rid them of evil spirits.

“The suspects typically warn the victim that they are surrounded by evil spirits and that a family member will die very soon if the spirits are not removed,” police said.

“In some cases, the suspects ask for payment in large amounts or advise the victim that they must bless their valuables by obtaining all the cash and jewelry the victims own.”

Police advised people who are approached on the street about this to be aware that it might be a scam and to notify them.

Stevenson was set to appear before the Ontario Court of Justice in Newmarket, about 35 miles north of Toronto, on Thursday.