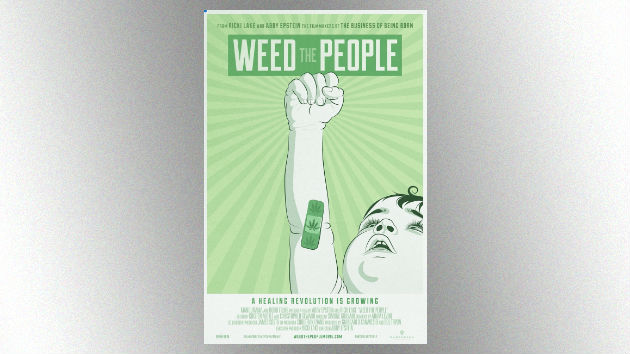 Mangurama Consciousness Films(NEW YORK) — While most people know Ricki Lake from her super-successful ‘90s talk show, they may not realize she’s made a solid second career for herself behind the camera as a producer.

Her latest project is the documentary Weed the People, out today. The film follows families with cancer-stricken kids, who turn to medical marijuana — specifically, cannabis oil — as a treatment despite government roadblocks and public stigma.

Lake tells ABC Radio she was inspired to tackle this subject matter after meeting a sick young fan who watched her on Dancing with the Stars. Lake says she ended up moving the girl and her family into her home and called her filmmaking partner Abby Epstein to tell her what was happening.

“It was profound just wanting to help a stranger,” she says. “I’m just living my life doing this and I call Abby out of the blue and I’m like, ‘You’re not gonna believe the next chapter of what’s happening with my life.’ And she’s like, ‘I think we should be documenting this. I think this could be a film, our next film,’ and so that’s how it started.”

Epstein, who directed Weed the People, adds that the film's subject matter is a “human rights issue.”

“No government should be able to tell you, you can’t take that plant or you can’t grow that plant,” she says. “In a sense the government should really, I think provide it to people. So for me the film is really so much about overcoming stigma, bias and breaking through into a new level of wellness and healing.”

Weed the People is out now.