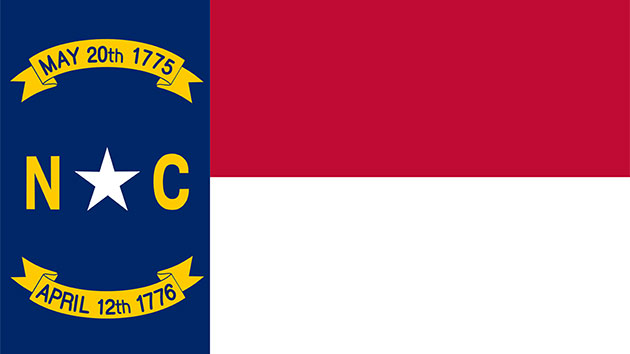 iStock/Thinkstock(WASHINGTON) — With less than two weeks to Election Day, President Donald Trump was spending Friday night rallying his supporters in Charlotte, North Carolina –- a state with a so-called “blue moon” election — in which there is no gubernatorial or Senate races at the top of the ballot to draw voters to the polls this cycle.

But there are still several important House races here, experts say, that will be indicative of how both parties perform on November 6th, and in which Trump’s presence could make a difference.

The state's 13th Congressional district, which stretches from Greensboro down to Mooresville, is certainly one of those elections. Its lines were redrawn in 2016, and it encompasses both suburban areas, including those surrounding the city of Greensboro, as well as deeply rural towns.

“If the national narrative is about the battle in the suburbs, this is certainly one of the key districts here in North Carolina that represents that,” Michael Bitzer, a political scientist at Catawba College, said.

“She is really focused on the kind of concerns that Democrats are certainly energized and mobilized around,” Bitzer said.

In one of Manning’s TV ads blanketing local airwaves, including the Charlotte media market, Manning accuses Budd of “gut[ting] protections for pre-existing conditions.”

The fact-check agency PolitiFact rated that accusation half-true. It noted that while Republicans’ plan to repeal the Affordable Care Act (ACA) would have stipulated that insurers could not restrict access to health care, the bill “would have rolled back protections for pre-existing conditions by letting some insurers raise premiums based on a person’s health status under certain circumstances.”

But Budd’s argument -– that he did not vote to gut protections for pre-existing conditions -– is likewise free of nuance, including the fact that people whose coverage lapses may face higher premiums when they regain coverage.

But Budd says that voters in the district are busy worrying about taking care of the things that matter in their everyday lives, and that the technicalities of the health care debate aren’t registering with them.

“People in this district are busy," Budd told ABC News. "They’re running their small businesses, they’re taking care of their families. They’re going to work. They want to know that people in Washington are looking out for what’s best for them."

Budd, for whom Trump campaigned earlier in this election cycle, also said the presence of the president and his family in the state can only boost enthusiasm among Republicans — who are looking to keep his seat — as well as an even closer race in the second congressional district, which encompasses part of Charlotte.

Budd noted that turnout among Republicans in early voting is very high for a blue moon election, which tracks turnout during the 2014 midterm election, which also featured a Senate election. Budd attributes that to the president.

“I think this has been a particularly engaging year because the president’s actually been very helpful all across the nation asking for voter turnout," Budd said. "Because while he’s not on the ballot, they know that much of his economic growth agenda is."

“He’s just a highly-engaged president all across the country," he added. "We’re glad he’s keeping North Carolina on his radar."