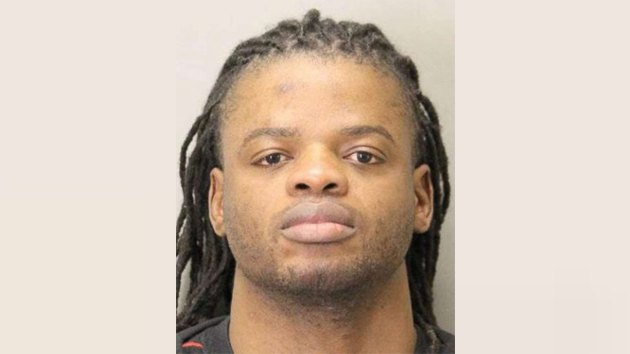 Metropolitan Police Department(WASHINGTON) — The man accused in the 2015 quadruple murder of three family members and their housekeeper inside a Washington, D.C., mansion that was later set on fire has been found guilty.
Amy, Savvas and Philip Savopoulos, and their housekeeper, Veralicia Figuero, were brutally killed in May 2015 in the family's multi-million dollar home in an elite neighborhood in the nation's capitol.
Darren Wint was convicted of charges of murder, kidnapping, burglary, extortion, arson and theft. His sentencing hearing has been scheduled for February.
Wint had been on trial for seven weeks for the home invasion and brutal killings. During the trial, his defense team claimed his brothers actually committed the murders while he unknowingly remained downstairs.
Wint's brother, Darrell Wint, testified against him and provided an alibi for the time frame of the crime.
On May 14, 2015, the victims were held captive overnight as the adults were bound to chairs, beaten with a baseball bat and strangled. An autopsy found that the couple's 10-year-old son, Philip, was killed by "thermal and sharp-force injuries." He was found in his bedroom.
Wint was tied to the scene after investigators found DNA evidence off a half-eaten pizza found in the home. After a nationwide manhunt, police found him on May 20, 2015, stopping his car near the Maryland-D.C. border. In it, they found "a large stack of what appeared to be $100 bills" and money orders, according to court documents.
Authorities described the horrific act as requiring "the presence and assistance of more than one person.
Savvas Savopoulos' driver told police that his boss had texted him the night before the murders, ordering him to withdraw $40,000 and to leave the money on the seat of one of the cars parked in the family's garage. The driver carried out the orders, police said.
Amy Savopoulos’ Porsche was found burning in a church parking lot in neighboring Prince George's County, Maryland, on the afternoon of the murders.
There were no signs of forced entry into the home.