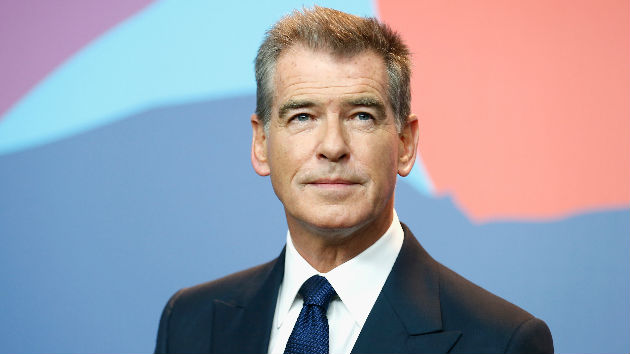 Jakub posted a photo of the four of them on Instagram Wednesday, writing, “So this just happened. #mrsdoubtfire #reunion #25yearslater.”

She also shared a clip of Brosnan showing a photo on his phone of the three kids at the film’s 1993 premiere. Brosnan then pulls the camera back to reveal the now-adult actors.

“Here you go: At the premiere of Mrs. Doubtfire and here we are, we pull back slowly, tada!” he says in the clip. “Love you, love you all so much. So good to be a part of your lives.”

Mrs. Doubtfire starred the lateRobin Williams as a man who goes undercover as a female nanny in order to spend time with his three kids following his divorce. The film was released November 24, 1993.

COVID-19 fallout threat ‘will ripple through the world for years,’ new intel report finds
Man accused of touching himself while as children walked by
“Sunglasses may be required”: Brad Pitt, Angela Bassett, Halle Berry & more to present at this year’s Oscars
Cicada invasion: After 17 years underground, billions to emerge this spring
Five dead, including two kids, in South Carolina mass shooting
House Democrats to target 22 districts in next year’s midterms