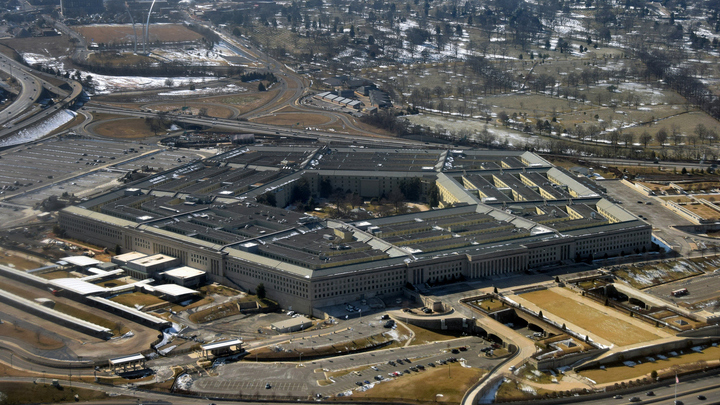 iStock/Thinkstock(WASHINGTON) — With under two weeks to go before this year's key midterm elections, U.S. Cyber Command has carried out operations to deny Russia the ability to meddle in the elections, according to an administration official.
The first of its kind cyber operation is part of the broader U.S. government effort to ensure that Russian operatives do not meddle in the elections as it did in the 2016 presidential elections.
An administration official confirmed to ABC News that U.S. Cyber Command (Cybercom) has carried out operations targeting individual Russian operatives to deny them the ability to carry out malign activities related to the election.
That includes denying them access to resources, information and cyber tools that might be used in meddling operations, the official said.
The official described U.S. Cyber Command's operation as part of a larger overall effort to prevent future Russian meddling in elections.
U.S. Cyber Command's operations to prevent Russian meddling in the election were first reported by the New York Times earlier this week.
A Pentagon spokesperson declined to discuss details about the operations when asked about the report.
"For security reasons, we do not publicly discuss future or ongoing military operations," said Major Audricia Harris, a Pentagon spokesperson. " The department is committed to defending our nation against any threats in any domain, including the cyber domain."
In January 2017, a U.S. intelligence community report concluded ithat Russia had carried out a campaign to influence the 2016 Presidential election.
Since then, the U.S. government has been focused on preventing a recurrence in this year's midterm elections and beyond.
Last Friday, the Justice Department filed charges against a Russian woman who was alleged to have carried out "information warfare" for the upcoming midterm elections.
According to the charges, Elena Alekseevna Khusyaynova of St. Petersburg, Russia, was a chief accountant for a $35 million effort known as "Project Lakhta" that would carry out “information warfare” against the United States and elsewhere using social media and other online sites.
Prosecutors said Khusyaynova and her alleged conspirators used fake online identities pretending to be “ordinary American political activists” supporting a variety of political views to create political tensions in the United States.
Project Lakhta is allegedly funded by Russian oligarch Yevgeniy Viktorovich Prigozhin and two companies he controls. Those companies have been indicted by special counsel Robert Mueller for allegedly taking part in the massive Russian campaign to interfere in the 2016 presidential election. Concord has denied the allegations and filed a lawsuit challenging them.
“Today’s indictment of a Russian national for attempting to sow political and social discord ahead of the 2018 midterm election demonstrates that our elections continue to be a target for our adversaries," said Tyler Q. Houlton, press secretary for the Department of Homeland Security. "The U.S. will not tolerate interference in our democratic processes and DHS stands ready to defend our elections,” Houlton said.