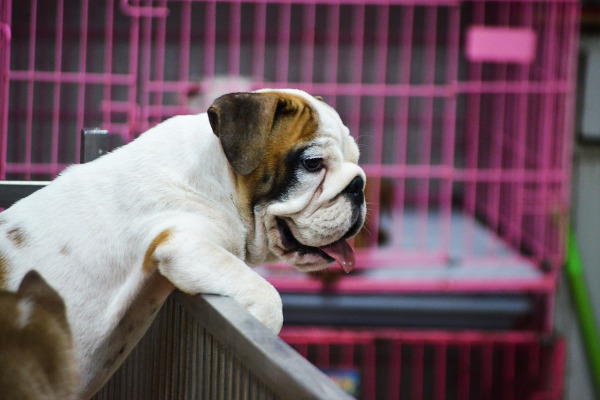 Pennsylvania – Pennsylvania could eventually pass legislation that would stop pet stores from selling dogs, cats, and rabbits unless the animals came from a shelter or a rescue.

Senator Andy Dinniman co-sponsored Senate Bill 1154 in hopes that it would keep pet stores from selling dogs bred in puppy mills, where one mother dog can spend her life in a cage giving birth to hundreds of puppies, and where those puppies are kept in cages themselves until they’re sold.

Advocates say puppy mills are inhumane and can spread disease and genetic abnormalities. Meanwhile, wonderful animals are waiting for their forever home in animal shelters and humane societies throughout the state.

Under current law, a licensed kennel can sell a dog at any public place in the Commonwealth. A license does not guarantee a breeder is humane and selling healthy puppies. This loophole will be removed by the bill.

Finally, the legislation requires kennels with federal, state and/or local licenses to include license number in all advertisements. Consumers will be able to research licensed kennels and be alerted to unlicensed ones.

Senator Dinniman has also introduced Senate Bill 636, which would make it a summary offense to confine a dog or cat in a car under conditions that jeopardize the pet’s health. A police officer or other public safety professional or humane officer would have the authority to remove the dog or cat from the unattended motor vehicle after a reasonable search for the owner or operator of the vehicle, and would not be held liable for any damages.

The pets in hot cars bill has already been signed into law by Gov. Tom Wolf. The puppy mill bill had its first consideration but would still need to be voted on by the State Senate, the House of Representatives, and eventually put into action by the governor.