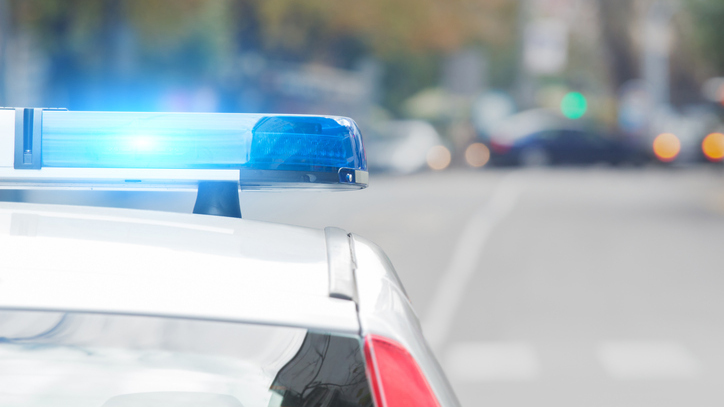 iStock/Thinkstock(NEW YORK) — The urgent hunt for answers is on after explosive devices targeted CNN's New York headquarters as well as the homes of Hillary Clinton, Barack Obama and Democratic donor George Soros.
"You have a bomb maker out there," former FBI agent and ABC News contributor Steve Gomez said Wednesday.
With all four explosive devices discovered within days, Gomez said the bomb maker or bomb makers "built these bombs and deployed them in a short period of time — which means there's probably explosive materials somewhere out there."
"That's my biggest concern — that there could potentially be more to come," he warned.
The device at Soros' Westchester County, New York, home was found Monday night. On Tuesday a package was detected at Clinton's home in Chappaqua, New York, and the Secret Service "received a nearly identical package in Washington addressed to the Obamas," officials said. An envelope containing white powder and an apparent explosive device was found in CNN's mail room Wednesday. It was addressed to former CIA Director John Brennan, though Brennan is a NBC News contributor and has no public ties to CNN.
A suspicious package was also sent to former attorney general Eric Holder.
All five packages were sent in manila envelopes with computer-printed address labels with the return address of “DEBBIE WASSERMAN SHULTZ” [sic], the FBI said.
Assumed connected 'until proven otherwise'
Investigators will assume all devices are connected "until proven otherwise," Gomez said.
Authorities are also going to look at the Democratic leanings of the victims, Gomez said.
The political affiliations of the targets indicate "there could be some type of effort to influence our political interest which would trigger a domestic terror-type of investigation," he said, "especially" with the midterm election in just two weeks.
Gomez called this the "highest priority investigation in the country right now — every resource that is needed is going to be deployed … because our political system is at stake."

Zeroing in on the culprit
There are many avenues law enforcement can explore to find the bomb maker.
The suspect may be in an existing Secret Service database of people who have previously made threats to these officials, said former FBI agent and ABC News contributor Brad Garrett.
Clues leading to the bomb maker's identity could be found within one of the devices, from fingerprints on the tape to hairs and fibers or possibly DNA, Garrett said.
"Bombers typically like this get caught because they're not sophisticated" and don't cover their tracks, Garrett said. Notorious Unabomber Ted Kaczynski was so "methodical" in his attacks and "covered himself so well" for years, Garrett said.
Kaczynsk's first bombing was in 1978 and "over the next 17 years, he mailed or hand-delivered a series of increasingly sophisticated bombs that killed three Americans," the FBI said. He was arrested in 1996.
Investigators are also quickly working to identify the materials used in these devices and where those materials may have been acquired, Gomez said.
The pipe bomb hand-delivered to Soros' suburban New York home was loaded with explosive black powder — a material Gomez said is similar to fireworks powder and can be easily acquired in many states.
The fact that the bombs did not explode signals that the suspect is likely an amateur, Gomez said.
The bomb maker's signature
Authorities will be looking for the so-called signature the suspect used in developing these devices, Gomez said, because the signature — like a fingerprint — is different for every bomb maker.
"Every bomb maker has their own way, their own method of building a device," whether it's the materials used or how it is put together, he explained.
In this case, all devices appeared to be pipe bombs, officials said Wednesday.
A bomb maker's signature could evolve over time.
The signature of suspected Austin bomber Mark Conditt earlier this year changed from his first bomb to his seventh and final.
"At first he was placing the bombs at the doorstep," Gomez said. "Then he evolved his signature to where he used trip wires and set the package on a sidewalk."
"That alarmed the bomb tech community," Gomez explained. "Not only is this person able to deploy these devices and they go off, but now he's changing his method."
Three of Conditt's packages detonated at homes in Austin, while another explosive was triggered by a tripwire and a fifth went off at a FedEx distribution center about 65 miles away from Austin. A sixth package was found intact at a different FedEx center. The seventh exploded in Conditt's car with him inside. He was killed.
Conditt was "viewed as one of the most prolific bomb makers" since the Unabomber, Gomez said. "That's truly amazing in the eyes of the bomb tech community."
He added, "The reality is, this guy is probably going to get caught. The question is, are there other devices out there?"