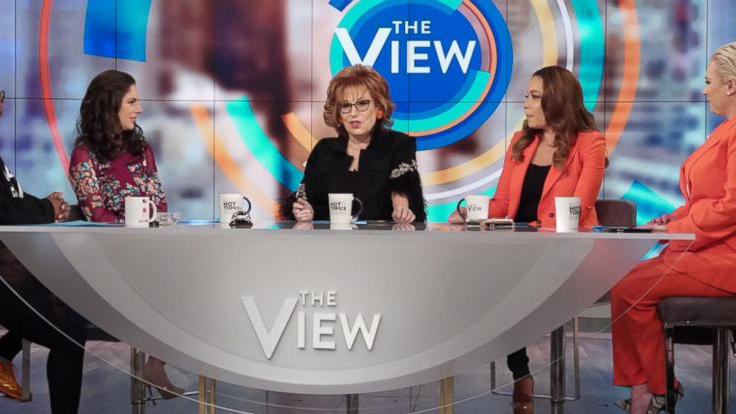 Candice Elle Frank/ABC(NEW YORK) — “The View” co-hosts reacted live Wednesday to breaking news that packages suspected to be explosive devices were delivered only blocks away to CNN’s New York headquarters, and intercepted before reaching the homes of Hillary Clinton and Barack Obama.
“Nobody should be getting bombs!” Whoopi Goldberg said. “In America, when I woke up this morning I still had the right to my opinion… this is what makes us different than everybody else — because we don't send things like this to people who disagree!”
Goldberg seemed to compare the fighting within our country over politics to cannabalism, “feeding on itself."
“You're sitting there chewing on your own leg, going 'Oh, I got him now!'” she said.
“You can disagree, we can have arguments and then go have some tequila… we can do that!" Goldberg continued. "What we can't do is frighten each other from having opinions,” Goldberg added. “That is not American… It's not good for anybody!”
Co-host Sunny Hostin said her former colleagues at CNN are “scared."
“One of them said, ‘This is what happens when the president calls you the enemy of the people,'” she told viewers.
“The tone is coming from the top, and now CNN has become a target — journalists that are simply trying to do their job,” Hostin added.
New York police told ABC News hey are increasing patrols at other media offices around the city. They said they will also be inspecting packages delivered to locations associated with purported targets George Soros, Bill and Hillary Clinton and Barack Obama.
Hostin, a mother of two, said Americans should “speak to our children about the divisiveness” in our country today — “and also to speak to each other, because there's been this divide … now it's manifesting itself.”
President Donald Trump said on Twitter that he agrees “wholeheartedly” with Vice President Mike Pence’s condemnation of “attempted attacks against Pres Obama, the Clintons, @CNN & others.”
Abby Huntsman said Trump’s “leadership does matter” at this crucial time.
“A role of a president… what I think is so important about it is being a unifier," she said. "You are not the president of one party or another, you are the president of the United States.”

Adepero Oduye discusses her “effortless” bond with Anthony Mackie on ‘The Falcon and The Winter Soldier’
Sandy Twp: child smashing apartment, suspicious vehicles, argument at car dealership
‘Them’ cast discusses the real-life trauma they faced making the terror-anthology series
Millie Bobby Brown discusses her “fearless” side and why she’s “not afraid to speak up”
Biden takes the long view: ‘It’s a matter of timing,’ he says of presidency, agenda
Major storm moving through Central U.S. as separate storm follows right behind it