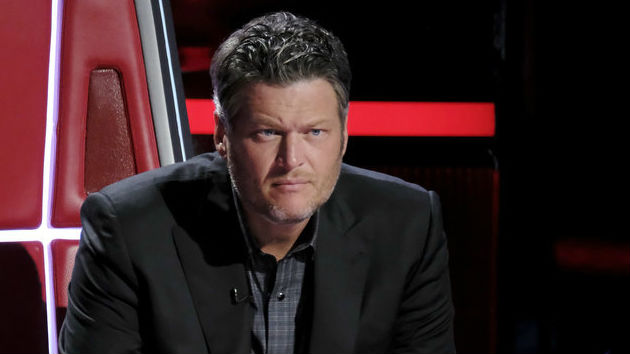 NBC/Trae Patton(LOS ANGELES) — The battle rounds concluded Tuesday night on The Voice, as teammates went head-to-head for the right to grab the last spots in the knockouts. It was a night that saw Blake Shelton steal an artist from Adam Levine.

Each coach enlisted the help of a guest adviser during rehearsals: CeeLo Green for Team Adam; Keith Urban for Team Blake; Halsey for Team Jennifer Hudson and Thomas Rhett for Team Kelly Clarkson.

Here are the highlights of Tuesday night's show:

Blues singer Sarah Grace, 15, and 20-year-old pop vocalist Erika Zade, went head-to-head, with Alice Merton’s “No Roots,” representing Team Kelly. The song, said Clarkson, was “bluesy enough for Sarah Grace,” but “pop enough for Erika." What Kelly wanted from both artists was “vibe.” The winner of the battle was Sarah Grace, who heads to the knockouts. Erika heads home.

Next, Team Blake’s country artists Kameron Marlowe and Kayley Hill were paired against each other on “Only Wanna Be with You,” by Hootie & the Blowfish, because, as Blake explained, it was so far out of each artist’s comfort zone, it would give both a chance to “step up and take ownership” of the tune. Blake declared Kameron the winner. He advances to the knockouts, while Kayley is sent packing.

Finally, DeAndre Nico and Funsho battled each other for Team Adam, singing New Edition's “Can You Stand the Rain” — a “contemporary song" that also went “back a bit,” according to Levine. His guest adviser, CeeLo Green warned the artists to “respect” the original version, and “don’t over-sing it.” Both artists killed their respective parts, but DeAndre prevailed over Funsho and moves on to the knockout rounds. However Funsho isn’t through just yet, thanks to a Blake Shelton steal. He advances to the next round, now a part of Team Blake.

Here's how the coaches' teams look going into the knockouts:

The knockout rounds on The Voice get underway Monday at 8 p.m. ET on NBC, with key advisor Mariah Carey.