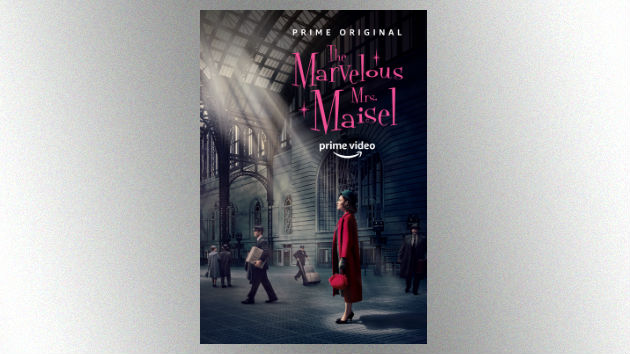 Amazon Studios(NEW YORK) — The Marvelous Mrs. Maisel will be back for season two just in time for the holidays.

Amazon has announced that the Emmy-winning comedy will return on December 5. The second season will pick up one year after Midge Maisel, played by Rachel Brosnahan, decided to leave her husband and pursue stand-up comedy.

A new trailer for the show has also been released, showing Midge’s growing ambition to make it in the comedy world despite being a woman in the 1950s.

“Men in general run around telling everyone only men are funny,” she says during one of her stand-up sets. “Comedy is fueled by disappointment and humiliation. Now who the hell does that describe more than women?”

In the trailer, Midge also reveals that her friends and family still have no idea about her double life as a comedian. The only ones who know are her manager, played by Alex Borstein, and her ex-husband, played by Michael Zegen.

Lord of Cha-Ching: Report says Amazon paying $465 million for one season of ‘Lord of the Rings’ series
Vincent D’Onofrio teases second season return of ‘Godfather of Harlem’: It’s a “game of chess the whole season”
#TeamJosh: ‘Younger’ star Nico Tortorella reflects on character’s journey ahead of final season
Daniel Dae Kim reveals his ‘Lost’ character was supposed to be killed off in the first season
Final 2021-22 hunting and trapping seasons approved
Kevin Bacon hilariously reveals why he had to return wife Kyra Sedgwick’s engagement ring