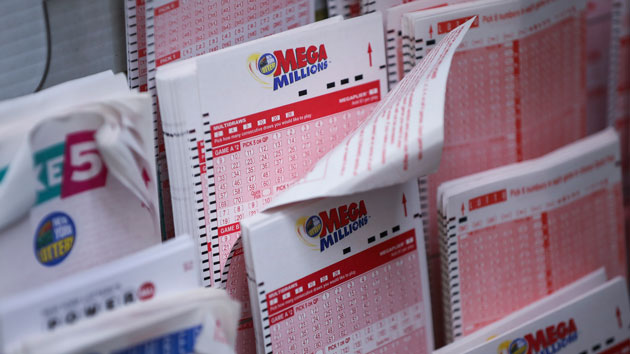 Drew Angerer/Getty Images(NEW YORK) — The sole ticket to a Mega Millions jackpot of over $1.5 billion, or a cash sum of almost $878 million, was sold somewhere in South Carolina, lottery officials said early Wednesday.
The person, or persons, holding that ticket remain unknown.
The prize for Tuesday night's drawing shattered the previous Mega Millions record jackpot of $656 million set in March 2012, but was just short of the record for all lotteries — the Powerball jackpot of $1.586 billion set in January 2016.
"The moment we’ve been waiting for finally arrived, and we couldn’t be more excited," Gordon Medenica, lead director of the Mega Millions Group, said in a statement Wednesday morning. "We're so happy for the winner or winners, and we know the South Carolina Education Lottery can't wait to meet them."
The ticket holder, or holders, will have a choice between an estimated annuity value of $1.537 billion, paid in one immediate payment followed by 29 annual graduated payments, or the cash option of an estimated $877.8 million.
The numbers for this week's historic Mega Millions jackpot were announced late Tuesday night: 28, 70, 5, 62, 65, with a Mega Ball of 5.
The odds of winning jackpot are 1 in 302,575,350.
More than half of the big game's largest jackpots have been awarded to single ticket holders.
The windfall had been accumulating since July 24, when a group of 11 co-workers in California split a $543 million prize. For the next drawing on Friday, the jackpot will reset to its starting value of $40 million, or about $22.8 million in cash.
South Carolina is one of a handful of U.S. states where winners aren't required to disclose their identity, joining potential winners in Delaware, Kansas, Maryland, North Dakota, Ohio and Texas, according to Maryland Lottery and Gaming.
The odds of winning the jackpot are 1 in 302,575,350.
Copyright © 2018, ABC Radio. All rights reserved.