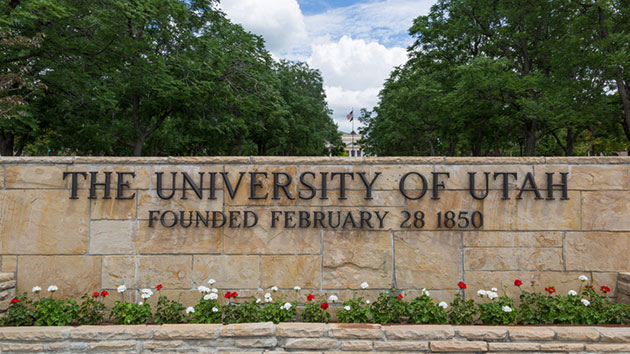 iStock/Thinkstock(SALT LAKE CITY) — The University of Utah community is grieving after an "accomplished" student athlete was shot dead on campus Monday night, the school said.
Lauren McCluskey, of Washington state, was found dead in a parked car on campus, witnesses told police, who have not announced a motive for the killing.
McCluskey, a senior majoring in communication, was on the track and field team, the university said.
The suspected shooter, Melvin Rowland, who killed himself, had a prior relationship with McCluskey, authorities said.
Rowland, 37, a registered sex offender, had been seen fleeing the Medical Towers dorm around the time of the shooting, authorities said.
Rowland wasn't a student there, police said.
"They chased him to this location, where they found that he had forced entry into the church," University of Utah Police Services Lt. Brian Wahlin said. "After clearing the building, they found our suspect deceased in a room in the church, suffering from a self-inflicted gunshot wound."
Rowland, a resident of Salt Lake City, was convicted of attempted forcible sex abuse and enticing a minor over the internet in 2004, court records show.
Classes have been canceled Tuesday "to allow our campus community to grieve the senseless loss of this bright, young woman," the university said in a statement. "We have made our counseling and support services available to students, staff and faculty."
McCluskey's "family is understandably in shock at this news about their daughter," the university added. "They are heartbroken. We have and continue to offer our full support to them at this terrible time."
"Students, staff and faculty who knew her are feeling a profound loss," Lori McDonald, associate vice president and dean of students, said at a news conference Tuesday. "The trauma of last night's event has clearly impacted our entire campus community."
Monday's tragedy was the second deadly shooting at the university since last year.
Student Austin Boutain, 24, was arrested in October 2017 after he fatally shot ChenWei Guo, a 23-year-old computer science major.
Boutain entered a guilty plea last month to aggravated murder, attempted aggravated murder and aggravated kidnapping, according to the Salt Lake Tribune. He agreed to be sentenced to life in prison.
It was "almost a year ago that our campus experience a similar tragedy," McDonald said Tuesday, "and it is important to acknowledge that trauma and stress impact us differently."
"There is no normal reaction to something like this," she said, crying. "To our students, especially, please know that we have a number of campus resources to support you. Please do not hesitate to ask for help."
University Athletics Director Mark Harlan said everything done this year will be in McCluskey's memory.
ABC News' Marilyn Heck contributed to this report.Copyright © 2018, ABC Radio. All rights reserved.