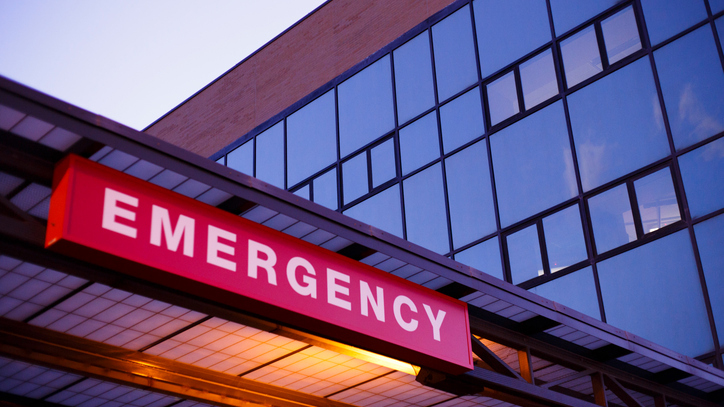 iStock/Thinkstock(HASKELL, N.J.) — At least six "medically fragile" children have died from an adenovirus outbreak at a nursing and rehabilitation center in New Jersey, officials said Tuesday.
The outbreak occurred in recent days at the Wanaque Center for Nursing and Rehabilitation in Haskell, according to a statement from the New Jersey Department of Health.
The health department confirmed they are investigating a total of 18 cases of adenovirus, including the six pediatric deaths.
"The facility has been instructed to not admit any new patients until the outbreak ends and they are in full compliance," the health department statement read.
Adenoviruses are part of a group of viruses that can infect the membranes or tissue lining of the respiratory tract, eyes, intestines, urinary tract and nervous system, according to the Centers for Disease Control and Prevention. Symptoms usually include sore throats, pneumonia, diarrhea and pink eye.
"Unfortunately, the particular strain of adenovirus [#7] in this outbreak is affecting medically fragile children with severely compromised immune systems," the New Jersey Health Department statement reads. "The strain has been particularly associated with disease in communal living arrangements and can be severe."
"It can cause cold like and flu like symptoms like stuffy nose or scratchy throat. It's a very common virus. All of us have had adenovirus at one time," said Dr. Todd Ellerin, an infectious disease specialist at South Shore Health in Weymouth, Massachusetts. "It's rare, but we have seen #7 become fatal pneumonia in patients that have a normal immune system."
"It's more dangerous in children or adults who are immuno-compromised," Ellerin told ABC News.
An inspection team from the state health department responded to the facility on Sunday and another team from the agency returned to the center on Tuesday.
"The team on Sunday found minor handwashing deficiencies and the Health Department is continuing to work closely with the facility on infection control issues," according to the statement.
State officials were first notified of respiratory illnesses at the center on Oct. 9, officials said.
"This is an ongoing outbreak investigation," the department said in its statement.
NJ Governor Phil Murphy said he is "heartbroken" by the news.
"I have been briefed by Dr. Elnahal, who has assured me that the Department of Health has recommended vital measures to enhance protections against the further spread of infection and will continue its active on-site surveillance," the statement read. "I am confident that the steps being taken by state and local officials will minimize the impact to all those who remain at the facility, including patients and employees."