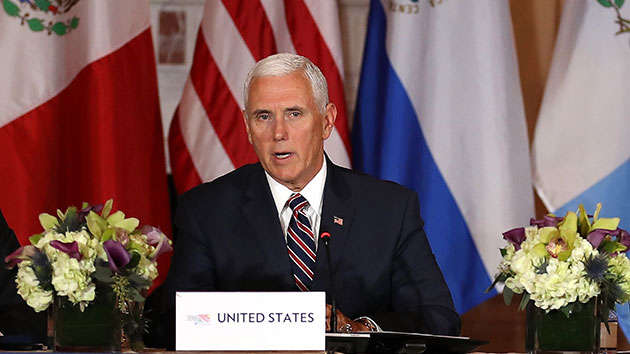 Justin Sullivan/Getty Images(WASHINGTON) — Vice President Mike Pence doubled down Tuesday on the president's assertion that "Middle Easterners" have infiltrated a caravan of Central American migrants traveling through Mexico to the U.S. border.
"It's inconceivable that there are not people of Middle Eastern descent in a crowd of more than 7,000 people advancing toward our border," Pence said in a conversation with the Washington Post Tuesday morning.
Pence backed up President Donald Trump's statements that people from the Middle East, as well as MS-13 gang members, were mixed in with the thousands of migrants traveling to the nation's southern border to escape violence and poverty in their countries. Trump made the comments in a tweet Monday and repeated them during a campaign rally in Houston later that night.
This is a developing story. Check back for updates.Copyright © 2018, ABC Radio. All rights reserved.