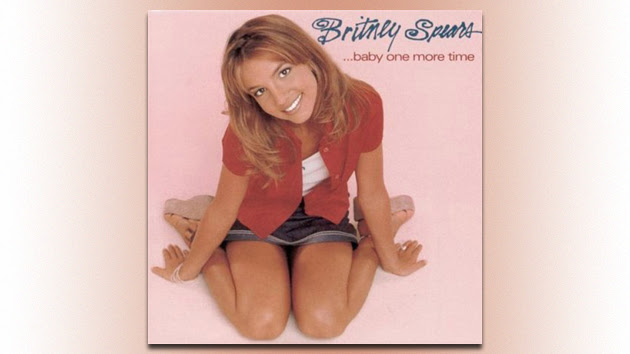 Jive/Legacy Recordings(NEW YORK) — How were we supposed to know that 20 years ago today — October 23, 1998 — a teenager named Britney Spears would release her debut single "…Baby One More Time," and change pop music forever?

Written byMax Martin, the single, which raised eyebrows with its provocative lyric "Hit me baby one more time," topped the charts in 19 countries. The video, featuring Britney in a midriff-baring schoolgirl outfit, was named the most iconic clip of all time by MTV's Total Request Live. Most notably, the song transformed the pop landscape.

"The three-note hook, the chorus, the 'oh baby baby' part, it's all just instantly memorable," Billboard Editorial Director Jason Lipshutz says. "But I think also what drove it to #1…was there was an appetite for a new era of pop music. And I think it was a kind of harbinger of the next five years of pop."

"What people loved about that era is that it was so clearly defined," explains Lipshutz. "It had these personalities that you could latch onto…everybody was on TRL, everybody had similar [career] tracks…it was such a fun time."

And Lipshutz believes "…Baby One More Time" is one song from that era that'll stand the test of time.

"Britney has since released more meaningful albums," he notes. "But the thing about '…Baby One More Time' is, you can't escape that hook. You can't escape how iconic that video was and how iconic she sounded."

"I'm using the word 'iconic' and I really mean that!" he laughs. "This is a style and a song and a chorus that's going to endure for decades to come."