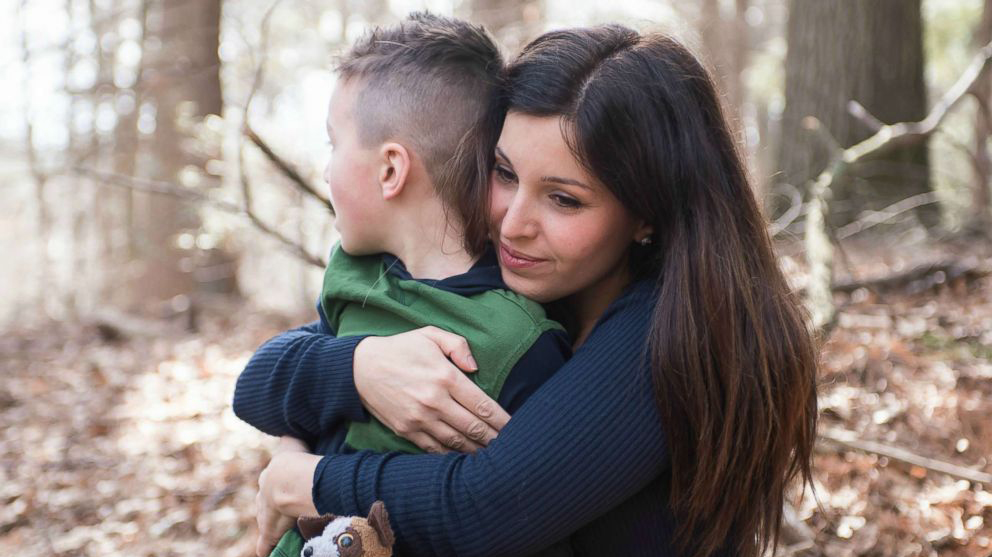 TDM photography(NEW YORK) — When the American Academy of Pediatrics (AAP) came out with its first policy statement on the treatment of transgender and gender-diverse youth, Mimi Lemay felt validated.
Her son Jacob, 8, transitioned when he was 4 years old with the support of Lemay and her husband, despite the child's doctor and therapist urging a "watchful waiting" approach at the time.
"We were trying to hold him back," said Lemay, who chronicled her early struggles with Jacob in an open letter on Boston.com that went viral. "Finally, my husband and I came to the conclusion that the longer we kept him in limbo — one name at home and one at school — the more he would accrue harm. That was evident to us and we made the decision to transition."
When Lemay called Jacob's pediatrician to let her know that he was transitioning, she didn't exactly get the response she was hoping for.
"I called her in tears, and she had a nurse call me back," Lemay recalled. "She didn’t feel she had anything to offer."
When Lemay brought it up a couple years later, the doctor, who still sees Jacob, apologized profusely, confessing that she wasn't sure of her role.
"That might not have happened had she been getting the guidance she needed. This (the AAP's policy statement) will go a long way in fixing that," Lemay said. "And I hope that it’s widely followed. I would like to see the AAP and medical schools get together and make this mandatory."
In its statement released this month, the AAP urges a model of "gender-affirmative care," that is "oriented toward understanding and appreciating the youth’s gender experience" and based in the idea that "variations in gender identity and expression are normal aspects of human diversity."
The academy found that most mental health problems in gender-diverse children arise from "stigma and negative experiences," and can be prevented by a supportive family and environment, which includes health care.
The guidelines specifically disavow the "watchful waiting" approach, calling it outdated and based on flawed science.
"More robust and current research suggests that, rather than focusing on who a child will become, valuing them for who they are, even at a young age, fosters secure attachment and resilience, not only for the child but also for the whole family," the report said.
The guide also strongly rejected so-called "conversion therapy," which tries to dissuade youth from exhibiting gender-diverse expressions. The AAP called it "deleterious" and "outside the mainstream of traditional medical practice."
The academy formed the guide in direct response from pediatricians, patients and their parents, including Vanessa Ford and her husband JR who met with some AAP members including the current president, about a year after their daughter Ellie transitioned at age 4.
Ford, an award-winning teacher, said their youngest child gravitated toward girls clothing and toys early on.
"We thought we had a son who loves princesses," Ford said.
But after throwing a princess party on Ellie's fourth birthday and declaring, "You are my princess boy," Ford said Ellie turned to her and said, "Mom, I’m not a boy, I’m a girl in my heart and brain."
Ford said it was her husband JR who ultimately convinced her that Ellie needed to transition. A year later, both parents, who were featured in "Gender Revolution: A Journey with Katie Couric," had become advocates and were sitting across from a group of pediatricians telling their family's story.
Soon after, the president of the AAP came out with a letter in which he urged pediatricians not to be transgender children's first bully. Two years later, the AAP released its first policy statement.
"To me, the statement from the academy will always be a pillar of what we stand on as parents," Ford said. "It’s a pillar we can stand on and believe in, even when the administration tries to attack science, medicine and law through policy, that they will still be there. The AAP, the AMA (American Medical Association), they are part of what is best — what we know is best for our children. When it comes to others seeing that, their voice is invaluable."
Medical professionals are also applauding the AAP's guidelines.
"The guidelines offer information on medical education, family acceptance, and school and community safety," child psychiatrist Colette Poole-Boykin told ABC News. "Now, both parents and healthcare providers can offer children who identify as gender-diverse all-inclusive care within a model meant to promote positive development and eliminate stigma."
The AAP's policy statement also comes before a New York Times report that the Trump administration is considering a narrow definition of gender as a fixed biological condition.
The Times reported Sunday that, according to a memo obtained by the newspaper, the Department of Health and Human Services was working to limit the term "gender" to either male or female, unchangeable and determined by a person’s genitals at birth.
ABC News has not seen the memo.
On Monday, President Donald Trump appeared to confirm that the administration is mulling the move when he said, "We're looking at it. We have a lot of different concepts right now and we have a lot of different things happening with respect to transgender right now. You know that as well as I do and we are looking at it very seriously."
Ford said, if the Times report is true, the administration would essentially be saying that "transgender lives and intersex lives don't matter."
Lemay took comfort in the AAP's guide "coming out right before this absolutely atrocious attempt by the Trump administration to codify the invalidation of our children." She considers it a "bulwark against the kind of harm that can be done by such statements."
"It's so very important, all these studies and the science," she said. "We live in tenuous times for our kids. The good news is that more and more of the medical community is stepping up."