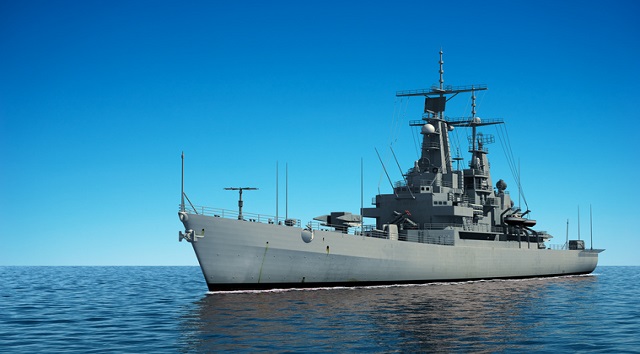 iStock/Thinkstock(BEIJING) — Two U.S. Navy warships sailed through the international waters of the Taiwan Strait on Monday, the body of water separating China and Taiwan, the island nation that China considers a breakaway province.
The transit could increase tensions between the U.S. and China as both countries are involved in a trade dispute and as the U.S. voices concerns over China’s militarization of the South China Sea.
“USS Curtis Wilbur (DDG 54) and USS Antietam (CG 54) conducted a routine Taiwan Strait Transit on Oct. 22, in accordance with international law,” Cmdr. Nate Christensen, Deputy Spokesman, US Pacific Fleet. ”
“The ships’ transit through the Taiwan Strait demonstrates the U.S. commitment to a free and open Indo-Pacific,” he added. “The U.S. Navy will continue to fly, sail and operate anywhere international law allows.”
A similar transit by two U.S. destroyers occurred in July, the first time the Navy had carried out a mission like that in more than a year.
Taiwan’s Defense Ministry first confirmed the transit in a statement.
“The Ministry of National Defense said today that two US ships have sailed from the south to the north through the Taiwan Strait,” said a translation of the statement.
“The Ministry of National Defense pointed out that the US ship routinely passed the international waters of the Taiwan Strait, and the relevant details were explained by the US government,” it added.
While the U.S. and China cooperate in denuclearizing North Korea, tensions have increased as both the U.S. and China have engaged in a trade war.
There are also tensions between the two countries over China's growing military presence on man-made islands in the Spratly Islands in the South China Sea.
Earlier this month a Chinese Navy ship came within 45 yards of the U.S. Navy destroyer USS Decatur as it carried out a freedom of navigation passage through international waters close to those islands.
Another irritant in the U.S.-China relationship continues to be U.S. support for Taiwan. The U.S. continues to sell military weapons to the island nation even though it does not have diplomatic relations with Taiwan. China maintains Taiwan is a breakaway province and not an independent nation.
Copyright © 2018, ABC Radio. All rights reserved.