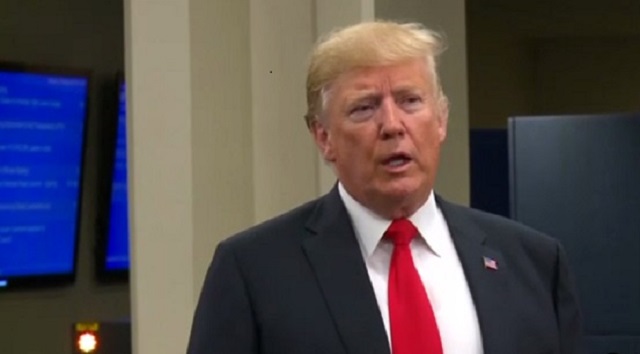 ABC News(WASHINGTON) — As thousands of Central American children, parents, elderly and other adults intent on migrating to the United States awoke from a night sleeping on concrete in far-southern Mexico, President Donald Trump resumed tweeting about the migrant caravan as the fault of Democrats and a danger to the U.S.
The caravan of migrants mostly from Guatemala and Honduras bedded down Sunday night on the concrete of a town square in Mexico but awoke Monday determined to resume their arduous journey to the U.S. border still some 1,700 miles away.
Trump meanwhile in a series of tweets asserted that "criminals and unknown Middle Easterners" are amid the crowd, for which he offered no evidence. He also again said Democrats are to blame for not working with his administration on immigration reform.
"Every time you see a Caravan, or people illegally coming, or attempting to come, into our Country illegally, think of and blame the Democrats for not giving us the votes to change our pathetic Immigration Laws! Remember the Midterms! So unfair to those who come in legally," Trump tweeted Monday morning.
He went on to tweet that the Mexican federal police, who have been monitoring the caravan since the crowds breached a fence Friday at the Mexico-Guatemalan border and pushed past border patrol agents, have been unable to stop the sea of humanity.
"Sadly, it looks like Mexico's Police and Military are unable to stop the Caravan heading to the Southern Border of the United States," Trump tweeted Monday. "Criminals and unknown Middle Easterners are mixed in. I have alerted Border Patrol and Military that this is a National Emergy. Must change laws!"
Trump offered no evidence that anyone from the Middle East is with the Central American migrants. An ABC News crew traveling with the group has also seen no evidence to support the president's claim.
The Senate Democratic leader, Chuck Schumer of New York, dismissed Trump's claim as a diversion from other issues, particularly health care, ahead of the midterm elections.
The migrants, many of whom are trudging north on worn shoes or bare feet, with some fainting from dehydration along the way say they are fleeing violence and murderous gangs in their homelands.
They have been warned by Mexican federal officials that they entered the country illegally and have been advised to go to shelters and apply for asylum to legally remain in the country, at least temporarily.
But many of the those in the caravan told ABC News that they believe the offer of asylum is a ruse to round them up for deportation.