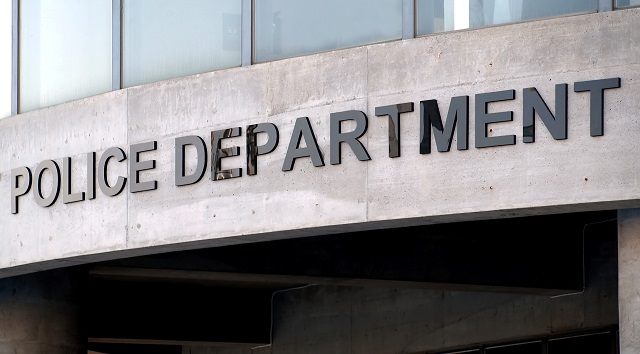 iStock/Thinkstock(ATLANTA) — A teenager wanted in the fatal shooting of a Georgia police officer was killed by police Monday morning after they found him hiding in a shed of a home in suburban Atlanta, officials said.
The suspect, Tafahree Maynard, 18, was killed after he refused to drop a lawn mower blade when police found him in an unincorporated area of Snellville, Georgia, said Chief Butch Ayers of the Gwinnett County Police Department during a news conference.
Maynard's death came after he allegedly shot and killed Gwinnett County Police Officer Antwan Toney, prompting a manhunt involving multiple police departments, the FBI and U.S. Marshals.
Ayers said police received a tip about 3 a.m. Monday that Maynard was spotted in a residential neighborhood about three miles from where Toney was shot.
He said 75 to 90 officers responded to the neighborhood, established a perimeter and went door to door in search of the suspect.
He said two officers found Maynard about 11:30 a.m. hiding in a shed behind a home and confronted him.
"Mr. Maynard was issued verbal commands" to show his hands and come out of the shed," Ayers said. "He failed to comply with the verbal commands."
Ayers said an officer deployed a stun gun on Toney, who was hiding the lawn mower blade behind his back. The chief said despite being hit with the stun gun, Maynard refused to put down the weapon.
A second officer confronting Maynard opened fire on the suspect from five to six feet away, killing him, Ayers said.
"I'd like to say the danger to the community is over," Ayers said.
Maynard is suspected of opening fire on Toney as he and his partner approached a car. Toney was investigating a report of people in the vehicle smoking marijuana, officials said.
Toney, 30, was fatally wounded in the encounter and later died at a hospital.
Following the shooting, the suspect and an alleged accomplice crashed as they attempted to flee the scene. Police who responded to the shooting fired on the car but it was not clear if any occupants were hit.
Isaiah Pretlow, 19, who police believe was in the car with Maynard when Toney was shot, was arrested Saturday night and charged with aggravated assault. He is scheduled to appear in court Monday afternoon.
Toney, who grew up in Southern California, was killed just six days before his third anniversary with the police department.
"He didn't deserve it. He was a stand-up guy and it is heartbreaking," Toney's brother, Dartangan Johnson, told ABC station KABC-TV in Los Angeles.
Copyright © 2018, ABC Radio. All rights reserved.