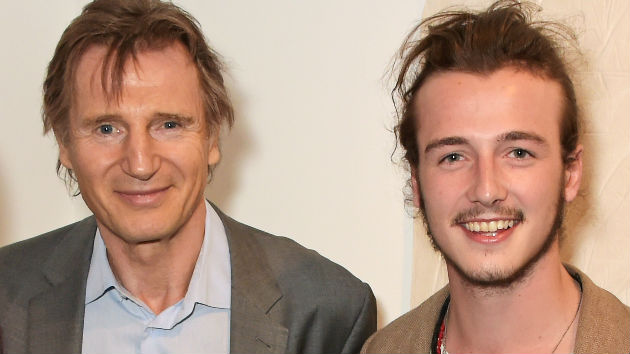 People confirms that 23-year-old Micheál will now go by Micheál Richardson, instead of Micheál Neeson.

Natasha Richardson’s mother, actress Vanessa Redgrave, reportedly explained the name change to Daily Mail by saying, “That wasn’t because he wanted to avoid his father’s fame, which is enormous. He wanted to hold his mother close to him — because she was a remarkable actress. Absolutely remarkable.”

Richardson, who appeared in films like The Parent Trap and Maid in Manhattan, passed away in 2009 at age 45 after hitting her head in a skiing accident in Canada. Micheál and his brother Daniel were 13 and 12 at the time.

In a 2015 interview with U.K.’s The Sunday Times, Micheál said that initially, he didn’t know how to cope with his mother’s death.

“Things just started going downhill. The people I was with, we were partying a lot. It was dark. I hit rock bottom,” he said.”

He continued, “Everybody said, ‘This kid has lost his mum, that’s where the problem comes from.’ And I was like, ‘No, it isn’t, I just like to party.’ But looking back I realize it was a delayed reaction.”

Ahmaud Arbery’s mother files federal lawsuit against 3 men accused of killing son
Hugh Grant says his son “self-harmed” over lockdown school stress
Allison Janney reflects on eight seasons of ‘Mom’ as “one of the great honors of my life”
Mom of 5 ‘inadvertently’ shot dead after kids find gun in her purse: Police
Mom from Alaskan village isolates for 10 weeks to safely give birth to twins
PennDOT wins national award for improving efficiency, safety