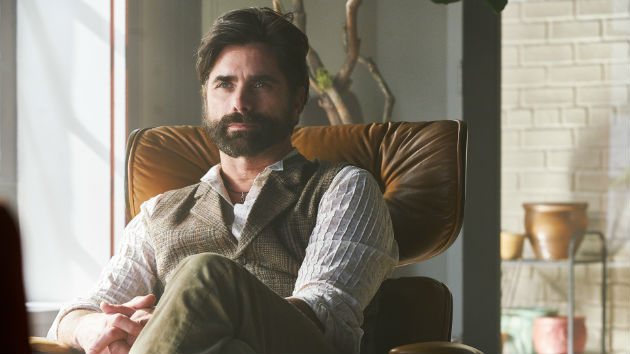 Courtesy of Lifetime
Posted on October 19, 2018 by ABC News

Courtesy of Lifetime(NEW YORK) — This Sunday, John Stamos joins the Lifetime thriller You for a four-episode arc in which he plays a therapist with some unconventional methods.

“I saw the script and I said, ‘Oh, I like this character,’” Stamos says. “It’s just a layered character. There’s just a lot more going on than what you see. But I saw in the book that he smokes pot and he sort of uses that as part of his therapy. I said, ‘That’s interesting. Let’s put that in.’”

While he can’t reveal too much more about Dr. Nicky’s motives – or whether he might actually help Joe overcome some of his issues – he does say the role helped him explore his fascination with therapy.

“I go to a therapist…but I usually end up for 15 minutes asking him about him,” he says. “I just love it. If I had to do something else, I think I would be a therapist.”