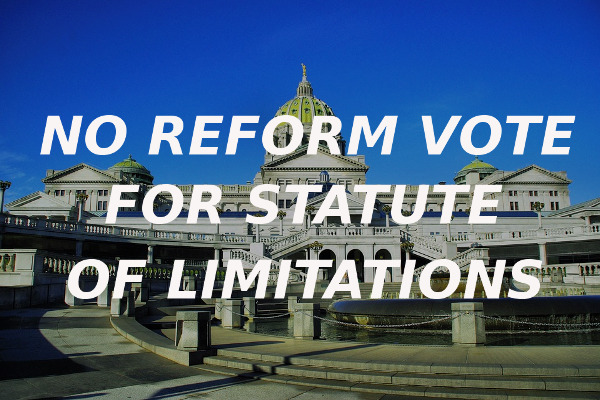 Harrisburg, PA – Time has run out for lawmakers trying to pass a bill to change the state’s statute of limitations for victims of child sex crimes.

The bill had an amendment that would have opened a two-year window to allow victims of abuse to file a civil suit, even after the current statute of limitations had run out.

The current cutoff for filing civil claims for child sex crimes is when the victim turns 30 years old.

Many people are asking for an explanation from Senate President Pro-Temp Joe Scarnati, who didn’t bring the original bill to a vote last night.

Instead, Scarnati proposed an amendment to keep the civil window open, but only against individual perpetrators and not for institutions, such as the Catholic Church. That proposal did not pass.

Scarnati says the retroactive statue of limitation changes would be unconstitutional.

Listen to the full press conference with Senator Joe Scarnati.

Other senators, including Democrats Senator Judy Schwank and Senator Vincent Hughes, are upset that the original bill wasn’t voted on and will have to wait until the next voting session in 2019. Listen to some of the Democratic senators by clicking below.

Although the bill didn’t pass, the Senate says they are willing to return to the issue later.